Who are the highest paid footballers? Who makes the money kicking the soccer ball around the park? Gone are the days when soccer players or footballers stayed at one club for their entire career, and in recent years many footballers have turned into hired mercenaries, ready to perform for the highest bidder.

It will be interesting to see if Messi plays his entire soccer career at Barcelona. Cristiano Ronaldo has played for three big clubs: Manchester United, Real Madrid and now Juventus. Here’s a run down of the highest paid football players in the world.

Many top soccer players leave home comforts in the search for higher wages, only two soccer / football players are still playing in the country of their birth. Of these, Gerard Pique has played abroad previously in England with Manchester United before returning to Spain to join Barcelona. And I’m sure that Pique is upset that Sergio Ramos makes more money than he does! Although it’s a slight amount more and he’s married to Sharkia! That makes up for it, right.

The number of South American players who make their money playing in Europe is only growing.

Here’s a run down of the top 20 highest paid soccer players in the world.

Quick question: How long before the highest paid soccer player in the world plays in the United States? Certainly you’d think that David Beckham’s new club, Inter Miami, would love to sign a big name soccer player such as Cristiano Ronaldo or Lionel Messi, although that would have to happen when the two are near the end of their career and wouldn’t be paid as much.

The fact that both of these soccer players, Spanish defender Pique and the incredible fast Kylian Mbappe from France, are European helps them massively to earning big money in their own countries as 75% of the top 20 earnings are plying their trade in Europe. This shows that the biggest money to be made in Football is to come from Europe, with the remaining players currently playing in China and America.

These sort of new soccer / football countries are really tapping into the market in terms of money being paid to players, as previously these countries were seen as leagues where older players go to prolong the end of soccer their career.

Now the football associations in these countries are noticing the vast population that they have and using it to drive money into the game, especially China. They have now been able to attract younger players to their league, including 27 year old Oscar, number 6 on our list, and 15th place Hulk, who moved to the Chinese Super League at age 29.

Where you are born also seems to indicate whether you could be one of the higher paid players as 19 of the top 20 hail from either Europe or South America, with only Ivory Coast international Yaya Toure coming from any other continent. The most common country in the top 20 was Brazil with Neymar Jr, Oscar, Thiago Silva and Hulk all appearing in our list. All these players made the move into Europe very early on in their careers and are now reaping the benefits.

The two next highest countries both had 3 appearances on the list with France and Argentina sharing second place. With Uruguay and Colombia also appearing on the list, South America really is a hot bed of football talent with exactly half of the top 20 hailing from the continent.

Recent international successes may lead to improved financial deals at club level, as out of the 9 European players on the list, 3 hail from France who have just become World Champions by winning the coveted FIFA World Cup. It may well be that increased interest in these players have lead clubs to move and try to secure them on longer and better deals.

Posted by admin - June 26, 2019 0
For wide right midfielders, or wingers, the training routine should incorporate a lot of work on crossing and give and…

Posted by admin - June 26, 2019 0
No I’m not Love Bucket I’m Special One Jose Mourinho and Sven speak with Rafa, and confirm the identity of… 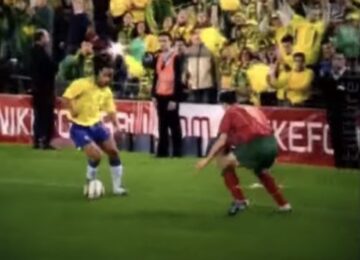 Posted by admin - June 26, 2019 0
By Jeff Kassouf In what has been a particularly quiet January transfer window, the biggest news is actually a deal…