At the tender age of 17-years old, Ansu Fati is rapidly becoming one of soccer’s brightest new stars. With a veteran like passing game, he’s been fulfilling his dream and conquering club records. Barcelona may have an absence in attack to the All-Seeing Eye, but the importance of Ansu Fati has been filling the void. If you’re asking, “who is Ansu Fati and what has he done?”, then you must lead a very sheltered soccer life. Let’s take a deeper look into the young prodigy.

As mentioned prior, if you aren’t aware of the name Ansu Fati then you must have been living under a rock. The baby-faced Ansu has been wowing soccer fans and managers alike, constantly breaking records and making headlines is not a usual occurrence for such a young player.
It all began with a late appearance against Real Betis at the beginning of the season; Ansu made his debut aged just 16 leaving onlookers stunned at his physical and technical presence on the pitch, especially given his age! The performance didn’t go unnoticed by Lionel Messi either, which can’t be bad news for the teenage boy living his dream.

A Day in the Life of Barcelona’s Ansu Fati

Prior to his arrival at Barca, he’d played for La Masia since 2012, totally skipping the reserve team Ansu would be the first-team starter from the get-go. He’s also made an appearance for Spain under 21’s international team and his journey has just begun.

Achievements to date for Fati

The media, newspapers, journalists and the press, in general, can’t get enough of Ansu, whilst breaking records on the pitch he looks to be breaking records in the headlines too. As the second-youngest player in Barcelona history to achieve the first team, starting lineup status; he’s already bagged himself five goals and 1 assist in 20 appearances for the club.

Just the fact that Ansu has managed to claim a position in Barca’s starting eleven is an achievement in itself, let alone the list of achievements he’s earning along the way.

As the second youngest debutant in Barcelona history said achievements were not expected by anybody, not even the Barca staff themselves. As the youngest player in history to score and assist in the same game, he didn’t take a full 90 minutes to achieve this record… it took him a mere 10 minutes of play. When things looked worrying for Barca in the Champions League, who came to the rescue? Yep, you got it… Ansu did! He scored the winning goal against Inter Milan which knocked them out of the race and made him the youngest player to ever score in the EUFA Champions League. And if you aren’t satisfied with that, he’s also the top goal scorer for his age category.

How Ansu fits into the Barcelona squad

Ansu fits into the squad like a gem. He can play on the right-wing or on the left flank and possesses some of the finest dribbling skills we’ve seen to date. His speed and skill are almost untouchable by defenders once his confidence sets in and the pace he puts on opposing defenses leaves them open wide for other positions to be gained. On top of that, his passing precision is flawless. The ball always seems to be passed in the right place, at the exact right time when Ansu is delivering. With Lionel Messi as your team-mate and mentor, we should expect Ansu to become one of the world’s greatest with such skill early on.

Skills aside, maybe it’s the life skills he’s learned that is most important on the pitch. I’m not sure if you’ve ever had to perform in front of 90,000 heated soccer fans, but it takes a strong mentality and a high level of maturity to deal with certain situations and Ansu hasn’t shown a crack yet.

What does the future hold for Ansu Fati?

Attempting to make picks in favor of Barcelona became a wary position when injuries began to plague the attack force; Ansu has settled some concerns for Barca backers as of late, in fact, we have seen how Barcelona moved from being the favorite to win the league to be surpassed by Real Madrid in the odds.

So long as Barcelona treat their new-born star with the care and attention young players deserve then we could be about to witness something special. And considering he’s one of the only 100% fit & healthy forwards at Barcelona right now, I’d expect we’ll be seeing a lot more of Ansu.

My concern would be that Barcelona and fans alike begin to expect too much of Ansu and he burns out before the season end, with that said he hasn’t shown any signs of the slowing day as of now, so I have no reason to doubt his full potential what so ever.

Let’s remember to have patience and hopefully, the Barcelona team can slowly groom the 17-year old into a footballing hero of the future.

Posted by admin - June 26, 2019 0
Seattle Sounder Fredy Montero is a champion… at soccer tennis. He hasn’t lost in 3 YEARS. This the pre-game ritual… 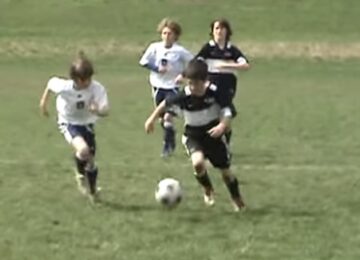 Posted by admin - June 26, 2019 0
Update: Must see video on how Christian Pulisic became a professional soccer player and a star for Borussia Dortmund in…

Posted by admin - June 25, 2019 0
Star Skills:  How to Play Like Andrea Pirlo So you want to learn how to play like Pirlo, well check… 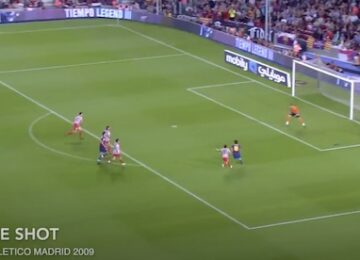 Posted by John Webster - May 9, 2020 0
Lionel Messi wins almost every one versus one situation. It’s not just because Messi is technically the best, but also…