Arat Hosseini has some skills on the ball. Hosseini is a wizard with a football and is still only 6-years-old. From Iran, Hosseini has already developed skills with the ball that a lot of top pros don’t possess. My biggest hope for Arat is that he never stops dribbling and taking players on. Often young players stop going at defenders once they start moving up the ranks of soccer.

Cristiano Ronaldo had to learn not to do too many moves and tricks and step overs when he joined Manchester United. But his case I think is different, he’s not like Messi who always has the ball tethered to his foot. Ronaldo was more about tricks. Arat is more like Messi in how with every step he touches the soccer ball. This is what enables him to cut and beat defenders so easily.

Of course I’m not saying Arat is the new Messi, but the kid surely knows how to embarrass defenders and I hope he never stops doing it.

Arat is now training with Liverpool’s youth academy and embarrassing everyone he goes up against. It’s incredible he is just six years old. What team or club is going to sign him up before he’s even a teenager. Surely every youth soccer academy would love to have him join their team. Looks like Liverpool has a jump on getting him in their club. Wonder if Barcelona’s renowned La Masia is where Arat would like to end up.

Posted by admin - June 26, 2019 0
Update: Deal is done Beckham will join AC Milan on loan. Does Beckham ever feel a bit used? Or should… 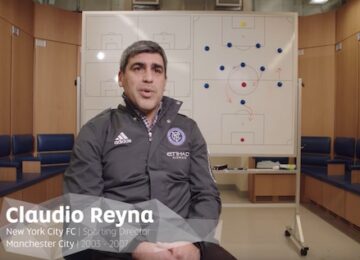 The Boot Room: What Soccer Shoes the Top Players Wear

Posted by admin - June 26, 2019 0
Listed below you’ll find what soccer shoes the top players in the English Premier League, La Liga, Serie A, and…