What is Arsenal’s style of play? I think like most top soccer teams, their style of play is to keep the ball but attack quickly when it’s on. So it’s not about making a certain number of passes and swining the ball constantly to the left and right, but about speed of play and the timing of the pass. In other words, Arsenal does care if it takes ten passes to score a goal or two.

Actually, Arsenal would prefer to score with two passes but they know that is rare. It’s unusual for the keeper to punt the ball and lead to a goal but they’re not going be upset if that works – especially late in the game when they’re behind. Again, like most top soccer teams Arsenal keep the ball more than most other teams, with every player wanting the ball at their feet, whether they’re a forward or a defender, in order to find space and openings in the opposing team’s defense. With Arsenal they play a version of tiki taka football but perhaps a bit more direct and free flowing. They like to attack down the flanks and get the ball in the box.

Two of Emery’s compatriots, Rafa Benitez and Pep Guardiola, have impressed in English football with their own distinct football philosophies. Who does the new Arsenal boss most closely align?

“It could be a mixture between the two,” said former Valencia keeper Cesar Sanchez. “Unai is an offensive coach, but he is capable of ordering the team to not concede many goals. His teams go out to win the games.

“Fans are not going to see possession for the sake of possession. They are going to see the kind of football that English people like: open games, with a lot of aggressiveness.” ESPN

Tricks and moves from Arsenal.

“I believe in work, in connections between the players, I think what makes football great is that it is a team sport. You can win in different ways, by being more of a team, or by having better individual players. It is the team ethic that interests me, always.” 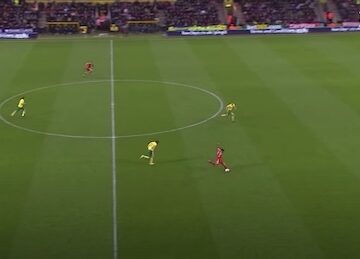 Posted by admin - June 26, 2019 0
Glens advance to the Finals of the CPSA, shutout Sporting 1 nil College Update Seals in Manchester SF Glens The…

Posted by admin - June 25, 2019 0
Barcelona 2010 Possession Totals in La Liga We’ll update the possession time per game throughout the year. This is for… 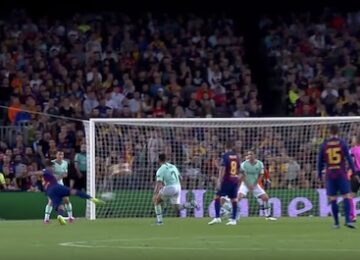 Posted by admin - June 26, 2019 0
Soccer volleys from the pros: Want to learn how to volley the soccer ball? Then watch some of the best…

Posted by admin - June 26, 2019 0
Michael Ballack has a bit of a temper tantrum and goes after the referee. For a famous pro football player…