What’s Arteta-ball? It’s the new tiki taka. It’s the new possession game. It’s keeping the ball in the back and passing out of trouble. Sure, Arsenal have always been a passing and possession style football club, but under Arteta they are now trying to play the beautiful way even more.

Since Arsenal appointed Mikel Arteta as the new manager, who previously acted as the assistant manager for Pep Guardiola at Manchester City, there’s a new Arsenal style of play that was clearly on display against his former mentor.

While Arsenal were out possessed by Manchester City, their first goal was a nearly twenty pass sequence out of the back that led to a goal by Pierre-Emerick Aubameyan. The image at the top of this page is the sequence of passes that led to Aubameyan’s goal. Amazing to see the bunch of passes in Arsenal’s own goal box area, with their keeper playing a big part in the keep away process before they break out on the counter.

Here’s some of the new Arteta ball on display in recent Arsenal games. What’s interesting is Ozil is still a key part of Arsenal’s team in many ways, in that he’s the player that makes the killer pass or unlocks the opposing defense. Will Arsenal and Arteta find a place for Ozil going forward? Will Ozil be a part of the new Areta ball in the English Premier League next year?

Posted by admin - June 26, 2019 0
A true icon of world football, Pelé captured the heart of fans across the globe. From dazzling in his first… 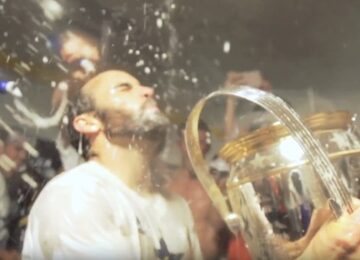 What Players Have the Most MLS Cups?

Posted by admin - June 26, 2019 0
Update: Landon Donovan has won the most MLS Cups of any player in MLS league history with six total. Think…

Posted by admin - June 26, 2019 0
Designed for increased performance with lower environmental impact. Jerseys worn in South Africa and available at retail made from 100…