Of course, the king of all beards in soccer / football is Lionel Messi. Has he gotten better with the beard? Has he scored more goals with the beard? The beard has a little bit of red hair in it too. I wonder if Messi is more intimidating with the beard. It even seems like Messi started scoring more goals off free kicks once he started growing out his beard. Is there a connection between Messi’s beard and his new found success from dead balls? Maybe a little. I think a good Halloween costume would be a young soccer player with an orangish red beard on his face…

Here, with his beard, Messi scores his 600th goal from a free kick against Liverpool. I’ve heard if you touch Messi’s beard you will be able to dribble past opponents with ease and score goals in nearly every game you play. If Messi shaves off his beard how much will the hair be worth…

While there’s really no soccer player who can top Messi’s beard – he certainly the bested bearded soccer player. There are a few who do pretty well in their positions while playing the game with a beard. In fact, if they shaved their beards I don’t know if they’d be the same player at all. Those two players are AS Roma captain Daniele De Rossi and United States national team goalkeeper Tim Howard.

Defender Daniele De Rossi has since left Roma after 18 years and now plays for Boca Juniors. De Rossi is surely the best defender in the world with a beard.

Tim Howard has since retired from the game after playing in England for Everton and in the MLS for the Colorado Rapids. No doubt Howard is the best goalkeeper to ever play the game with a beard.

“My wife liked it, first and foremost,” Borchers explained. “Then it started getting a little bit longer, past the shorter, neat look and it kind of grew into something else—where it is now—and I’m not too sure how she feels about it.”

Posted by admin - June 26, 2019 0
Even though he’s still not in favor for his club team in Spain, Riquelme  strikes home two free kicks to…

Posted by admin - June 26, 2019 0
Eboué Gets Booed Emmanuel Eboue had a rough one this past weekend. The Ivory Coast midfielder was booed as he…

Robinho & Gravesen in a Fight

Posted by admin - June 26, 2019 0
Robinho and Gravesen couldn’t be more different as far as soccer players go. One skinny one strong. One super skilled… 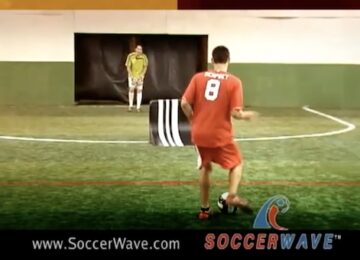 Posted by admin - June 26, 2019 0
Wonder how much Clint Dempsey got paid for this Soccer Wave ad? I used to see it running all the…

The Offside Rule in Soccer Explained

Posted by admin - June 26, 2019 0
Let’s see if we can explain the offside rule in soccer in a simple and clear manner: For those new…