Dele Alli shows off a few key soccer skills in his goal versus Manchester United. Dele Alli not only shows his strength by shielding the soccer ball as it’s in the air but shows you that a juggle of the ball into space is a skill that can lead to a goal. Often it’s thought that juggling doesn’t translate to the game. But Alli uses his soft touch to juggle the ball into an open area where he can strike the ball and score. The juggle skill enables to split two defenders and score.

According to talkSPORT, since Jose Mourinho became manager of Tottenham, he’s moved Alli higher up the pitch, playing just behind Harry Kane, which has allowed Alli to get in the attack more and be more creative. Perhaps Alli can now truly rise to his potential and become one of the best football players in the world. He certainly has the ability and talent to be mentioned with the likes of Messi, Ronaldo and Neymar. Mourinho said this about Alli.

And despite losing the match 2-1 to Manchester United. Jose Mourinho still believes they can win the league. He said this to NBC Sports. according to BettingTop10, Tottenham Hotspurs still have a chance to win the Premier League. What’s most important I would think to Mourinho is making sure that Spurs finish in the top four so the team qualifies for next years Champions League.

Long term, Mourinho wants to win not just the EPL title but win another CL title.

According to 90min’s latest news, “In the case of Spurs last season, just the fact of reaching the final is an amazing achievement, no doubt. To arrive in the final is an incredible achievement…but it’s not history. History is winning.”

Posted by admin - June 26, 2019 0
The Japanese bow in this new Pepsi soccer ad. Roberto Carlos hits the soccer ball over the wall with a… 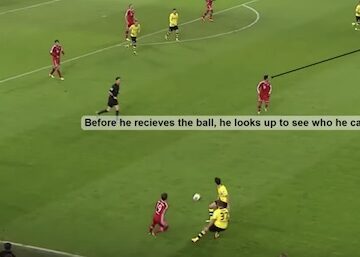 The Counter Attack in Soccer 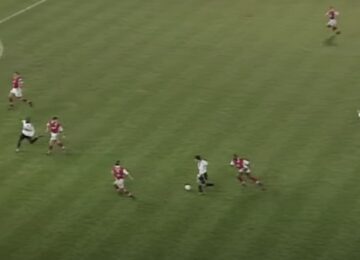 Ryan Giggs Teaches Danny Welbeck How to Take Players On

Posted by admin - June 26, 2019 0
Back in 2003, Ryan Giggs teaches young Manchester United Academy kids how to take players on. It just so happens…

An Ode to the Lanky One: Peter Crouch

Posted by admin - June 26, 2019 0
By Andrew Winner The most skillful tall player who ever played the game of soccer. That’s Peter Crouch. Recently, rumors…