What’s true is this style of play works and wins, whether it’s in the German Bundesliga or in Spain’s La Liga and now in the English Premier League. Guardiola’s style of play wins soccer games and goes on winning streaks. Guardiola has the longest winning streak in La Liga, the Bundesliga and now in the English Premier League, at 15 games so far. And dont forget to watch the 52 pass sequense that results in a goal for Manchester City. Yes, it’s a tiki taka passing style of play but maxed up and even better.

What is probably unique about Manchester City’s style of play is that it’s just ups the pressure and the pace of the passing game. Everything is done faster and with even more skill and ability. While Guardiola’s teams were amazing at Barcelona and Bayern Munich, you might say his Man City team is even better at ever position. It’s now like he has a playmaker at every position who can not only create and score goals but also defend. Take this goal for example, where every player gets a touch on the ball. One thing that stands out with Manchester City is how the outside defenders get so involved in the play, getting up the wing and serving in crosses.

Plus Guardiola doesn’t want to just play a possession game. He wants to go at goal and attack, which you’d have to say his Manchester City team has done this year. While most teams pack the box and try to hold them off, City is still able to break free and attack quickly on the counter since they have a skilled player in every position, from defender to forward. Guardiola, in the new book, Pep Confidential, said this:

And Guardiola went on to say that he wants to switch the point of attack as fast as possible:

“And when we’ve done all that, we attack and score from the other side. That’s why you have to pass the ball, but only if you’re doing it with a clear intention. It’s only to overload the opponent, to draw them in and then to hit them with the sucker punch. That’s what our game needs to be. Nothing to do with tiki-taka.”

I’ve heard it said that Pep Guardiola is the Steve Jobs of football. Not because his ideas are new or original to the game of soccer, after all, this passing and pressing style of play that he started at Barcelona comes from Dutch master Johan Cruyff, but Guardiola is able to take an idea, a soccer style of play, and make it even better.

Guardiola know how to combine different aspects of the game of soccer and improve it. His teams play faster and with more skill and flair than perhaps any teams in the world. It’s no surprise that City are on a winning streak in the EPL. And no surprse that City are the team to pick to win the EPL title.

What’s more, he makes players better, makes little adjustments to their game and helps them grow into even better players. See how Raheem Sterling and David Silva have now become stars in the English Premier league playing for Manchester City. While they were always good players they have become great at City. Sterling is the leading goal scorer for City with 11. Silva leads the team in assits with 8.

Silva has had a resurgence playing for Manchester City under manager Pep Guardiola. Silva is playing with more confidence, freedom and desire. Guardiola even called him an “animal”:

“David Silva is hugely competitive, everyone knows his skills, there is no doubt — a blind guy is able to see that — but you cannot imagine how competitive he is,” Guardiola said.

“He is a stylish guy, but he is an animal, always wanting to win games.”

But I think that’s what stands out with Guardiola as a manager and his style of play. He wants to win and gives confidence to his players to play with an openness and comfortable manner. His players want to win and play the game for one another, everyone works on both ends of the pitch. And that’s why Manchester City keep winning games.

If you need more proof that Manchester City’s style of play is the best in the world right now, here are highlights of their win against the Spurs. 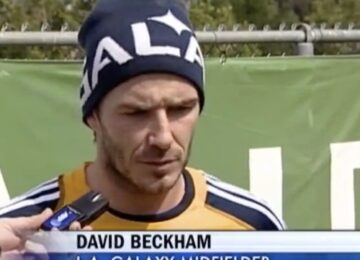 Posted by admin - June 26, 2019 0
Everyone on the planet knows who David Beckham is, obviously, as his face and body are plastered all over the…

Posted by admin - June 26, 2019 0
By Tony DiCicco As soccer coaches, whether it be specifically for goalkeepers or field players, we are constantly searching for…

Posted by admin - June 26, 2019 0
Find some of the best soccer colleges to attend at this camp. Future 500 ID Camps, powered by Adidas, provide… 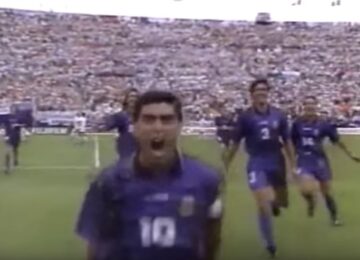 Posted by admin - June 26, 2019 0
All the talk here in the United States is about baseball’s Barry Bonds and his sudden bulk up in his…