Oxygen tanks required when playing in Mexico City’s altitude: The United States beat Mexico last night for the first time in 75 years at Azteca stadium in Mexico City. It was just a friendly match, not a World Cup qualifier or anything, but still a huge win for a scrambled together U.S. team.

Mexico dominated the match in terms of possession, but didn’t have too many changes given all their time on the ball. Chicharito missed a clear header and then was denied by Tim Howard not once but twice.

The biggest challenge in playing in Aztecz stadium is the not only the fans screaming at you, usually upwards of 100,000, but you’re playing at an altitude of 7,217 feet above sea level. Maurice Edu tweeted these pictures of the team celebrating and taking in some much needed oxygen. Not only is it hard to breath because of the altitude but there’s usually some smog to go along with it. 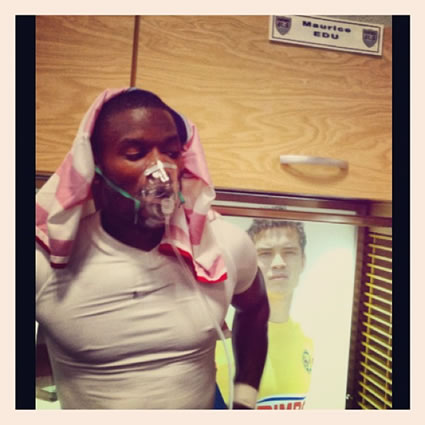 Here’s the team celebrating their win over Mexico in Mexico City at Azteca stadium…notice the oxygen tank? 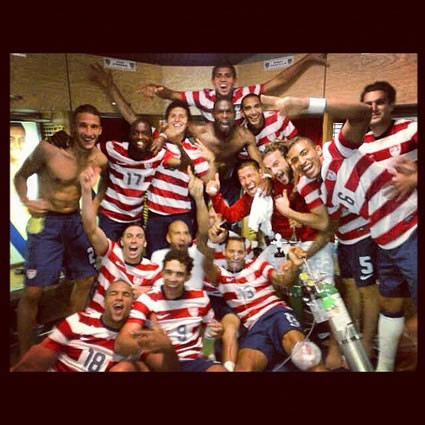