I almost liken it to the MLS’s Detroit Pistons versus Pacers fiasco for the NBA. No, not really that bad, but certainly an first ultimate fighting worth effort. How are their ratings compared to the MLS? It’s at least it’s not like stomping on a dog thinking it was a rat, a la the exterminator in Curb Your Enthusiasm. Heck, it least it was a player and not a fan, a la Cantona. Incidentally, I think Cantona, or his run with Manchester United puts him up there with the greats of the game, and the way he did, with style. But, for Clark the fine is a tough pill to swallow, unlike the NBA players whose fines are pocket change in comparison to their salaries. Clark makes $195,000 per years, so $10K is a good chunk.

Clark received an MLS-record nine-game suspension Thursday and probably will miss the rest of the season. Clark is appealing the punishment, which includes a $10,000 fine, but it appears unlikely he would get anything less than a six-game ban, even if the nine-game penalty were overturned.

What I love about the video though, is his players grabbing him and getting him away from the scene. And then Kinnear it looks like, rushing over to his player as fans appear to throw things on the field.

This also makes me think of a few other HBO shows, The Wire and The Sopranos, where violence is brutal and intense. Nobody wants to see violence period, and it’s jarring to see this on the soccer pitch, and it’s not part of the beautiful game. I can make light of it to an extent, but for Clark, a great player on the rise, with a few call ups to the national team–it’s even more of a shame. I don’t know if he put full strength into the kick, and that doesn’t help matters much if he didn’t, but let’s hope he can move on from this and Houston can make a run to the MLS final, with Clark on board—with the MLS reducing his ban a few games.

Emmanuel Ekpo is the Real Deal

Posted by admin - May 12, 2008 0
Columbus is off to a wonderful start this season, and they’ve got a player who’s only going to help them…

Posted by admin - April 1, 2008 0
Clean up the spectacles and dig the ball out The opening shot of the game was of Ferguson cleaning off… 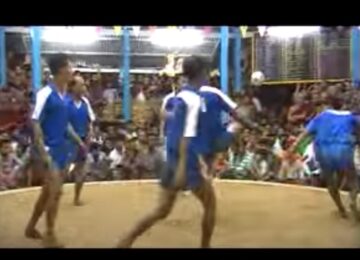 Posted by admin - November 1, 2007 0
In the documentary film Mystic Ball, a chance encounter with an exotic ball leads a Canadian man on a journey… 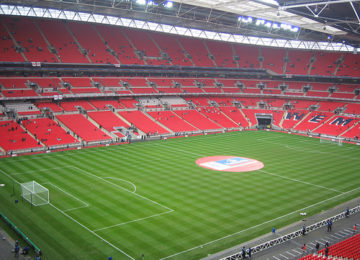 Posted by admin - August 20, 2007 0
Currently it is the most expansive soccer stadium ever built. Who plays at the new Wembley soccer stadium? Right now,…