When Wayne Rooney left Everton for the MLS and DC United, everyone thought he’d come to the United States to relax and make some money and not really all that interested in playing soccer / football at a high level. That was not the case. What happened was Rooney led his club to the MLS playoffs. It was the Rooney of old, scoring goals and make tackles and playing smart one and two touch soccer. And there was the passing too. That long pass that cut through the defense and surprised everyone.

But Rooney is perhaps most famous in the MLS for this slide tackle and assist. It was the ultimate proof that he had joined DC United for the right reasons and was still ready to play with his heart and hustle that he was known for at Manchester United. It was really the play of the year in the MLS. Take a look in the video below.

They’re now calling the play Rooney made versus Orlando the “wonder assist”.

You have to give the DC United coaching staff and owner a lot of credit. After all, they’re the ones that forked out the $6 million or so they’re paying Rooney to play for DC United. Many though that signing Rooney was a mistake – he was too old. Instead, Rooney want out and scored 14 goals and led the team to the playoffs. And Rooney even turned down any special treatment, from private suites to first class flights.

It will be interesting to see how far DC United can get in the MLS playoffs. They face over versus the Columbus Crew tonight to see who will go on to the next round. With Rooney’s experience playing in derby matches and Champions League, I’m sure his wisdom will help DC United stay calm and play well.

And if there’s a free kick, DC United have just the man to take it. “I just thought to give it a go and see what happens,” Rooney said. “Thankfully I caught it perfect. In the end, I made the right decision.” You’ve got to love the blue shoes Rooney is wearing too.

I’d guess Rooney will want to stay in the MLS next year as well. He’s said that he has more freedom from the press in the United States. He can come and go for coffee or dinner with his family without being chased by paparazzi.

Rooney though loves to play the game of soccer, that comes through when you watch him play for DC United or Everton or England or Manchester United.

Posted by admin - June 26, 2019 0
Michael Ballack has a bit of a temper tantrum and goes after the referee. For a famous pro football player… 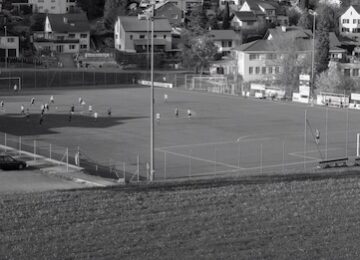 A Brief History of the Game of Soccer

Posted by admin - June 25, 2019 0
By Michael Shanks In the second and third centuries BCE, the Chinese Han Dynasty military practiced a game that involved… 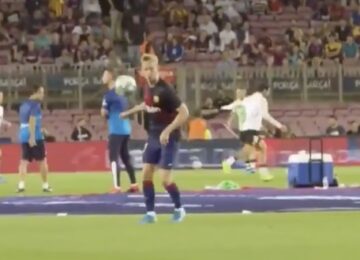 Posted by John Webster - September 13, 2019 0
Juggling skills from two new Barcelona players. Like Dani Alves and Lionel Messi before them, De Jung and Arthur show you…