The Champions League has more or less gone by the form book so far this season, with almost all of Europe’s ‘big’ football teams making it through to the knockout rounds to take place in February. Indeed, not only did the biggest names in European football make it through, most also did it with room to spare. While the top football / soccer teams are seeded, giving them an easier draw in theory, there are nevertheless some plum ties to look forward to next month, including Liverpool vs Bayern Munich and Juventus vs Atlético Madrid. However, some games may not go as expected and there are a few matchups looking ripe for an upset. Below is a selection of teams that could upset the odds in the Champions League 2019:

United are one of the biggest sports clubs on the planet, but it’s clear their star has fallen in the last few years. They find themselves as big underdogs in the clash with Paris Saint Germain to get through to the next round. However, things seem to have brightened up at Old Trafford since the appointment of Ole Gunnar Solskjaer. The Norwegian, a Champions League winner in 1999, has loosened the shackles on Paul Pogba, Marcus Rashford and Anthony Martial, with United scoring 12 goals in Solskjaer’s first three games in charge.

Roberto Di Matteo showed in 2012 that a caretaker manager can upset teams and the pundits by delivering the Champions League to Chelsea, after being appointed in similar circumstances to Solskjaer. If United continue with the same trajectory, PSG and the rest of the Europe could be in for a big shock.

The Ajax management may have winced when they were paired with Real Madrid in the Last 16 of the Champions League. However, the Dutch side will be quietly confident of springing a surprise on the holders and 13-time champions, who have had lots of issues this season. Ajax have scored an incredible 60 goals in just 17 league games this season and will not be overawed by hosting the champions.

It might be a stretch to say that Ajax can win the trophy they last held in 1995. Coach Erik ten Hag looks to be building a brilliant team in Amsterdam, and Real Madrid could pay the penalty.

This is cheating a little, because these sides play each other in the Last 16. It could, however, be the pick of the Last 16 games, with both teams very evenly matched. Borussia Dortmund have been nothing short of stunning in the Bundesliga, topping the table and really looking like they could pip Bayern Munich to the title. Tottenham are also acting like a third wheel in the Premier League title race, with Liverpool and Manchester City finding it very difficult to shake them off.

All the action as Borussia Dortmund put on a scintillating performance to make three wins out of three in the Champions League. 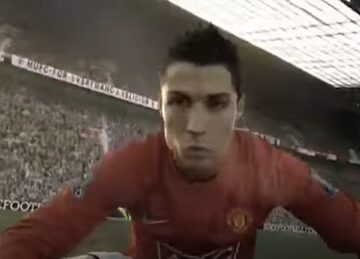 Posted by admin - June 26, 2019 0
Nike Soccer. Take it to the next level… Full version of Nike ad showing Fabregas and other world soccer stars.…

Posted by admin - June 26, 2019 0
Lawrence Ostlere covers soccer (football) with a scout like viewpoint, analyzing games and players down to the the very fine…

Posted by admin - June 26, 2019 0
Get the Coerver session planner today! The coaching tool that every youth soccer coach needs. Get the Coerver Coaching session…