Christian Pulisic pulls his hamstring in the match versus Arsenal in the FA Cup final after scoring Chelsea’s early goal. It starts with Pulisic picking up the soccer ball in his own half and bursting past Arsenal defenders but then it happens – his hamstring just gives way and it’s like he’s been shot in the back of the leg.

Even still, Pulisic still tries to get the shot off. It’s really tough to watch. It’s tough to see Pulisic in such pain.

Arsenal claim their record 14th FA Cup crown with a come-from-behind 2-1 win over Frank Lampard’s Chelsea, courtesy of Pierre-Emerick Aubameyang’s strikes in either half.

Christian Pulisic got Chelsea off to an early start with a goal within five minutes, but it was Aubameyang’s penalty midway through the first-half that brought Mikel Arteta’s side level.

Pulisic was forced off with the hamstring injury early in the second-half, before Aubameyang’s eventual game-winner. Let’s hope Pulisic’s hamstring pull isn’t too bad and he recovers quickly.

Painful for Christian Pulisic and painful to watch but here’s the moment Pulisic pulls his hamstring.

Posted by admin - June 26, 2019 0
Inter Milan is headed to the Champions League final after holding off Barcelona with just ten men. Mourinho races on…

Posted by admin - June 26, 2019 0
Is there a WAG (Wives and Girlfriends) culture in the MLS yet? And in the offseason of the MLS, everyone… 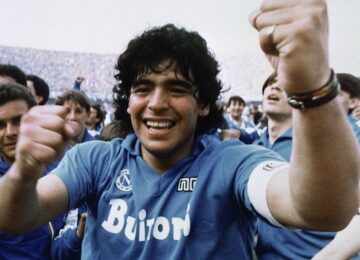 Posted by admin - June 26, 2019 0
Kaka marries his sweetheart.  Kaka with his bride Caroline after the wedding — AFP (DNA India)