Who is the greatest footballer of all-time? Who is the G.O.A.T? It’s footballer, right? You don’t say soccer-er. Either way, football or soccer, whatever you want to call it, one thing is clear: it’s the most popular and greatest sport in the world. It’s the beautiful game. But who is the best soccer / football player of all-time. There’s a short list: Messi, Maradona, Pele, Cristiano Ronaldo, the Brazilian Ronaldo, maybe Ronaldinho or Neymar or Romario.

And then that short list is narrowed down to four: Pele, Messi, Maradona and Cristiano Ronaldo. Quite extraordinary that two of those players are playing now, in the same era. For me, it’s Lionel Messi. He does it all on the soccer field and has a special style of play with the soccer ball at his foot, it’s tethered to his foot like he was born with it.

Samuel Eto’o explains that he warned Patrick Vieira before the Gamper pre-season tournament in 2005 that he was facing a kid who would change history. “I told him one day it would seem like every player who came before Messi was playing a different sport,” adds Eto’o, who surely joins the great prophets.

Who is the GOAT in football / soccer? This video only includes official goals scored, which has Pele and Romario at the top but of course Messi and Cristiano are still playing and will most likely play for a few more years at least. I could see Cristiano keep playing just to get to the top of the goal scorers list. How many goals would Cristiano score if he play a few years in the MLS. But it’s Messi who is the greatest even if he never leads Argentina to a World Cup trophy. Learn how to play soccer like Messi.

“For the world of football, Messi is a treasure because he is a role model for children around the world… Messi will be the player to win the most Ballons d’Or in history. He will win five, six, seven. He is incomparable. He’s in a different league.” – Johan Cruyff

“While Cristiano Ronaldo and Lionel Messi are both better than the rest, Ronaldo “does not reach the level of Messi”. They have similarities in their technical skills and talent, and it is amazing for football to have them both present, but Messi is simply the best player in the world,” Beckham told Argentine news agency Telam. He [Messi] is alone in his class as a player, it is impossible that there is another like him. He, like Cristiano Ronaldo, who is not at his level, are both above the rest.” – David Beckham

Posted by admin - June 26, 2019 0
Perhaps one of the greatest free kick takers of all time, Brazilian legend Zico. As someone says in the video… 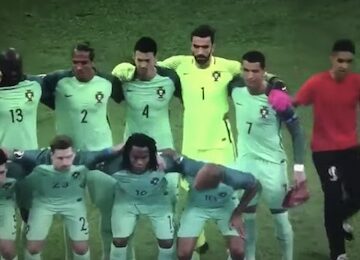