Did you ever see a soccer player who looked confused when they received the ball? Did they make the wrong decision or just do something silly that lost possession? If you’re like most youth soccer coaches, you’ll have the opportunity to see this many times during a soccer game or practice. Here’s a little system / thought process that just might help you as a coach.

Over the years and through the development of the SoccerU series, it has become quite evident to me, that sometimes we just need to tell them and show them. Often soccer players can figure things out on their own, but why keep ‘secret’ that should be known by all, and for which we know the answers. Putting these thoughts into soccer players’ heads will help them make great strides as far as decisions on the field of play.

Watch the speed of play in older players and games and you’ll notice something different. The speed of play increases. More and more we’ll see one touch passing and less ‘time with the ball’ as players quickly make decisions. At the very upper levels of play it becomes an amazing sight.

Players seem to instinctively know what to do well before the soccer ball arrives. Guess what? They learned these thoughts and habits not only through playing for years and years, but at some point they figured out (were told) what was a good decision or a bad decision. What now seems instinctive was LEARNED and practiced over and over. After enough play and soccer practice these players ‘just know’ what they should do next.

I was watching some middle school players this past spring. I sat through both the boy’s and the girl’s games. I decided to watch these games differently that day and watched for “decisions at the point of receiving the ball”. Over and over I saw players make bad decisions that often resulted in the team losing possession. They were simple things, but they made a huge impact in the game.

A lot of these occurred in the ‘middle third’ but it was not limited there. It happened throughout the field. Time after time I watched players receive a pass, then turn or dribble directly into two defenders. They knew they were there, but it’s like they just couldn’t help it. That’s where the goal was (that way / forward) so that is the way they turned or dribbled. It didn’t matter. Watch this in younger players and you’ll see it often. If they receive a ball, they’re “off to the races”. Watch a mature player, and you’ll see them often move very little and pass, or move away from pressure, regardless of the direction. (Even if it’s away from goal.)

How many times have you seen a younger forward, striker, or point man at the top of eighteen box, receive a ball and turn into 2 or three defenders? They shut him down every time and possession / opportunity is lost. It’s just innate I guess, they’re “so close” to that goal they just can’t think of anything else. Now watch a mature, developed player receive a ball in that same position. If the ball comes in from their right, they simply lay the ball off to the player hanging back on their left, make a turn or run in. How did they learn this? Well, at some point someone told them, then showed them, then they practiced it.

Again, some of the simplest things in soccer are never learned because we just don’t tell them.

I like to have players memorized this list and repeat it at the beginning of each practice.

This should be done for slightly older, developing players that are just starting to learn the “big game”.

This last step is important when we make the move to larger fields with more players. Remember the instinctive reaction is to GO FORWARD no matter what. Often we just need to dribble towards GRASS, not defenders.

I know what you’re thinking…

How is a 12 year old going to remember all of this?
Well, believe it or not many of the games and soccer drills we use to teach players “the game” are based on these points. However, many players are never just “told them”. I think you’ll be amazed at what happens to players when they memorize these points. They start to follow them and actually THINK on the field.

Rather than always just going FORWARD whenever we get the ball, they start to process the best decisions.

These are NOT to be used for very young players. They really could care less about “the game”; they’re out there to run, and kick the ball. These thoughts should be exposed to maturing players once they start to move to larger fields, and larger teams.

You can actually practice this “countdown” in a slow paced scrimmage. Ask the players to try and follow the rules. Don’t be hard on them, as many will not get it right away. Praise the good decisions, and stop the scrimmage once in a while to correct the bad decisions, or rule breaking. (Not every time.) Now, DO NOT berate players for breaking the rules. This is not an exercise to make players feel bad. It’s an exercise to build them up, not break them down.

No Long Lectures / It will Come…

Remember my (and many others) soccer rule of no long lectures. You’ll have half your team day dreaming and looking for grasshoppers. Keep it short. Tell them, show them, let them do it and experience it. By the end of the soccer season you’ll see some amazing things starting to happen. You’ll be able to sit on the sidelines and do nothing but praise them for great decisions.

Posted by admin - June 26, 2019 0
Buying food at the a Seattle Sounders game is expensive, that’s why you bring pizza in a ziploc bag to…

How to Get DeAndre Yedlin Fast

Posted by John Webster - October 15, 2018 0
Not everyone is born as fast or as athletic as someone like Newcastle’s DeAndre Yedlin, but you can improve your…

Posted by admin - June 26, 2019 0
Circuit Passes Field size: half field; but this drill can be done with a big goal or small goal… 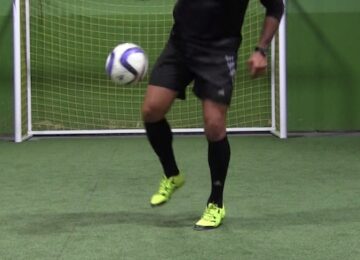 Posted by admin - June 26, 2019 0
Juggling in soccer has an amazing impact on improving your first touch, so the ball goes right where you want… 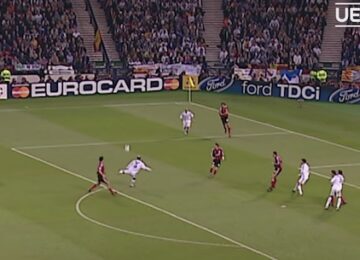 Posted by admin - June 26, 2019 0
There has been no better or more difficult goal scored in soccer. Yes, this Zidane goal in the Champions League…