During the el Clasico match, on Figo’s return to the Camp Nou, after having left Barcelona and joined Real Madrid, the 100,000 Barcelona fans weren’t happy to see Figo on the field in their hated rivals shirt. Figo however steps up on the corner and nearly scores.

The fans were enraged though, and continued to pelt the field with whatever they could as Figo tried to take the corner from the other side of the field after the Barcelona keeper’s deflection.

It took Puyol pleading with the fans to stop the harassment and throwing off junk at Figo. The pig’s head incident and Luis Figo will live on in the history of Barcelona versus Real Madrid forever. I don’t even think true Barcelona fans even forgive Figo for leaving their club now.

Posted by admin - June 26, 2019 0
You read about so called leaders in African countries starving their people as they fatten their own belly’s, but this…

Falcao Doesn’t Think He Should Be Substituted

Posted by admin - June 26, 2019 0
What a smart move by Goal.com to hire Andrea Canales, not only does she write insightful pieces, but she is… 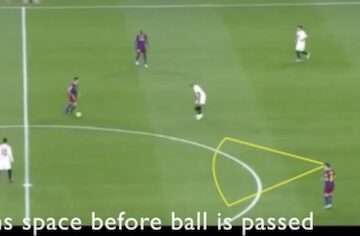 Posted by admin - June 26, 2019 0
If you play central midfield, then you need to look around you before you receive the soccer ball. This way…