Showcasing the similar football playing styles between Christian Pulisic and Eden Hazard! What both footballers do with a certain elegance and grace is go right at defenders on the dribble.

Ask an elite defender what they hate and they’ll say it’s when an attacking player dribbles at them, especially when they start to pick up speed. Pulisic and Hazard share that quality – they are deadly when they’re going at speed at defenders. As they pick up speed they’re able to cut in either direction and shoot and pass with either foot.

If you were a manager of a top football cub, who would you select for your team, Pulisic or Hazard?

Frank Lampard compares Christian Pulisic with Eden Hazard, whom he has replaced in the Chelsea team after the Belgian left for Real Madrid last year. This is what Lampard said about the two players recently.

“Having played with Eden, he had special talent straight away and draws players towards him to open up space to others. Christian is more direct. He has the ability to break a line and run forward which is a great trait in the modern game,” Lampard said.

“Why I shy away from it the other night is because Eden has been here and done it over a period of time to an incredible level. Christian has it in his hands to make a real impact over time. It’s great to see him [doing well] but there’s a lot of development to come. Christian is taking responsibility to change games.”

Since joining Real Madrid, Hazard has struggled with injuries, it will be interesting to see what he does next season with Madrid when he’s healthy.

For Pulisic, this coming season for Chelsea should be exceptional, as he has grown with confidence by scoring goals and setting up his teammates, but he’ll also have more competition what with Chelsea signing more attacking players this off-season.

Posted by admin - June 26, 2019 0
I first thought that Fernando Torres was the best signing by Rafa, but perhaps it’s Yossi. No, really, Torres is… 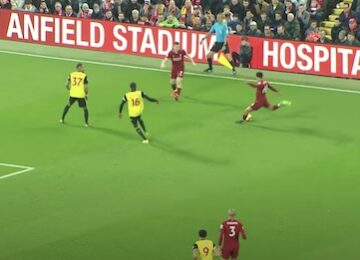 Posted by admin - June 26, 2019 0
The West German goalkeeper, Schumacher, comes off his line and charges right into French defender Battiston in the 1982 World…