This trick corner has worked perfectly for some players and teams, but not this time. The Columbus Crew try to pull off the trick corner move where you touch the ball outside of the circle area on a corner kick and then have another player run over and take the soccer ball, surprising the other team. But Minnesota United was having none of it and read the play right away, rushing over to win the ball.

When this trick corner comes off, like it did for Manchester United’s Rooney and Giggs, it’s genius, when it doesn’t, it’s quite embarrassing. Not an Oscar winning acting performance by the Columbus Crew’s Pedro Santos…

Santos tries to act all nonchalant about it, looking away, rolling the ball out of the circle, but it’s not a Daniel Day-Lewis worthy move.

Posted by admin - June 26, 2019 0
Who wears their headgear better. Even though the headgear look a bit silly, and probably isn’t too comfortable to wear,… 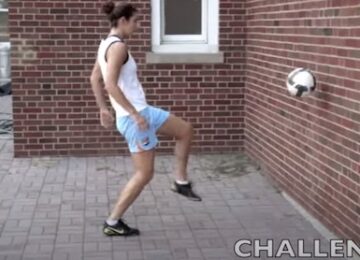 Off the Wall Juggling in Soccer

Posted by admin - June 26, 2019 0
Next level skills in soccer. Find a wall and see if you can juggle the soccer ball against it with… 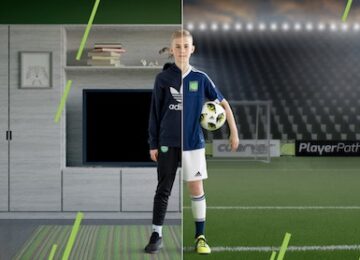 Posted by John Webster - May 19, 2020 0
All of us at Coerver Coaching hope you are doing well and staying in good health. We are also excited…

Posted by admin - June 26, 2019 0
Compare Notes:  Soccer Links People all over the world love soccer (football), and what better way for them to connect…

Posted by admin - June 26, 2019 0
Update: Take a look at the Coerver Goalkeeping Essentials DVD. Hearing about the young Kasper Schmeichel, the son of Peter…