Steve Zakuani chats with Eddie Johnson on Winging it with Zakuani to discuss his time training Christian Pulisic in Florida. Pulisic could have really gone and trained with anyone and anywhere in the world during his break, but he decided to train with Johnson.

Johnson said Pulisic’s first touch is amazing: “A kid like Pulisic, who’s hungry and driven and is supposed to take a break at the end of the season – he reached out to me on Instagram and said ‘Hey, I’m going to be back in the States, are you available? In my off-season, I’d love to come out to Orlando and get some work in with you’,” Johnson told the Seattle Sounders’ Winging It with Zakuani podcast.

“He took 10 days off, but he’s unbelievable. So tidy in his ability to receive and turn, create space. His movement with and without the soccer ball, it’s unbelievable. This kid’s ability to create half a hard, find the back post, front post. His first touch is everything. His first touch always sets him up for his next touch. The kid’s always so relaxed, it was just a real joy and honor.”

Eddie Johnson said this about his training with Pulisic: Sharpening Christian Pulisic’s tools. Great exercise that I created where I incorporated movement with and with out the ball, passing, receiving, balance changing directions and a ball work exercise that consist of controlling the ball with different surfaces of the feet to create space and time to get out a of tight space off the dribble and to see a pass again. Not physically demanding but all game realistic movements to get his body back in tune with those familiar movements and feel for the ball again after his break. 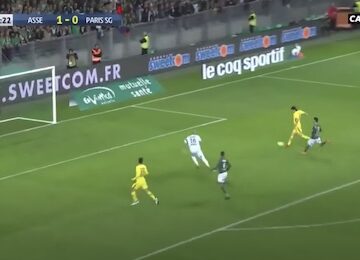 Posted by admin - June 26, 2019 0
Why do some forwards just stop scoring goals in soccer? Does their confidence drop so much and the pressure get…

Posted by admin - June 26, 2019 0
By Using Simple 20-Minute Warm-Up Reduces Injuries Seems like common sense but the key take aways from this study are…