What’s often lost in the game is the freedom to try new things on the soccer field. The best soccer players in the world do the unexpected, the surprise more or trick that leads to or results in a goal. Don’t be afraid to take players on or make that long field pass. Yes, as a soccer team you want to keep possession of ball but to score a goal and unlock a defense it often takes that special dribbling move or unexpected pass. Don’t lose that part of your game as you move up the ranks and into the higher levels of soccer. Don’t lose the kid in you who grew up loving soccer and all those tricks and clever passes.

Jadon Sancho broke new ground when he moved to Borussia Dortmund in 2017. Back then, it was the done thing for young English talent stay in the Premier League, but Sancho went against the grain to prove the world wrong.

“I was expressing myself,” Sancho told The Independent earlier this year. “No one cared if you lost the ball because it was like free-styling sessions. Everyone just doing skills against each other – trying to embarrass people.”

Play in any of the 90 licensed stadiums across the globe, and experience exclusive access to the world’s biggest competitions. 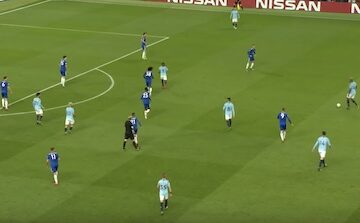 Posted by John Webster - August 10, 2019 0
How do soccer coaches make adjustments? Soccer teams will often change tactics if they score a goal or they are…

Posted by admin - June 26, 2019 0
Maicon scores for Brazil, beating the keeper at the near post. He takes a look into the box to fool…

Posted by admin - June 26, 2019 0
The White House might wake up to Mike Allen of Politico, but the soccer world in the United States,…

Posted by admin - June 26, 2019 0
Let’s learn how to develop soccer players who play one and two touch soccer, like Xavi, Ivan Rakitic and Iniesta…

Philip Lahm – Guide to Being a Left Back

Posted by admin - June 26, 2019 0
The German international plays for Bayern Munich and is a speedy left back who is know to get up into…