Juventus manager Maurizio Sarri described Gonzalo Higuain’s opener that set Juventus on course for a 4-0 win over Udinese as a goal of “rare beauty”.

Yes, Higuaín and Dybala should be given two points for this goal. It’s a Barcelona like goal. It’s the art of the give and go. It’s certainly up there for goal of the year in Italy. I think there are four give and goes in this one goal scoring play.

Take a look at this genius passing sequence by Paulo Dybala and Gonzalo Higuain. There are seven Udinese defenders surrounding Dybala and Higuain but this still pull off this brilliant goal. The crowd cheering as this play develops makes it extra special. And if you want to learn how to do a wall pass or give and go, this is how it’s done!

Soccer is a simple game, just play the ball and get it back. It’s what I’ve always liked about teams like Juventus, Real Madrid, Bayern Munich and Barcelona.  These are soccer teams that love to pass the ball. And it’s not just pass, it’s that extra pass that you’re even surprised is made. That pass that’s made when you think ‘oh they should shoot’ but no the additional final pass is what makes it. It’s the pass that allows the goals scorer to walk in and score. Those passes that give the scorer an open goal are the most special goals in all of world football / soccer.

Of course, this wasn’t an easy finish for Higuain to make. The ball was in the air and he had to control it with his chest to volley the ball home.

Posted by admin - June 26, 2019 0
The coach needs tools and supplies to help them develop their players more than gear that makes a fashion statment. … 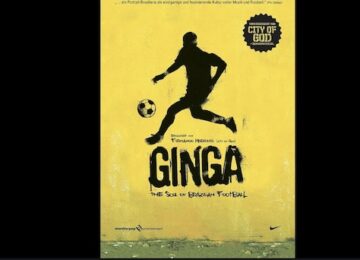 Posted by admin - June 26, 2019 0
Whether you call it football or soccer, it’s all about the Brazilian Ginga style of play. What is Ginga style?…

The Special One TV – Best of the Series

Posted by admin - June 26, 2019 0
I’m not sure what’s going to happen to Special One TV, now that Setanta is basically gone out of business…

Posted by admin - June 26, 2019 0
Johnny Evans goes up for the header and kicks Drogba in the chest. Actually, it’s more like a karate kick… 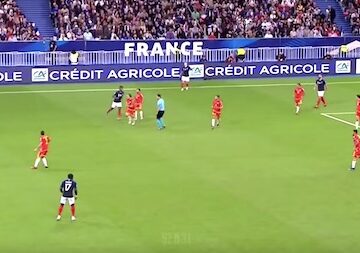 Posted by admin - June 26, 2019 0
Passing in soccer makes the game beautiful. Quick one and two touch passing – this is how you play the…