Summer is almost here, let’s look at how to select the best soccer camp.

There are a wide variety and types of soccer camps to choose from, whether it’s a residential camp, where you stay overnight, or a day camp, which can be half day or full day. And there’s also the level of play at the soccer camp, from elite camps to ones for beginners.

And you can drill down even further and get more specific, with soccer camps for goalkeepers or position specific camps, say for strikers to work on finishing. Below are some important things to keep in mind when selecting a soccer camp. And here are two links to where you can find the best youth soccer camps near where you live:

Challenge yourself. In choosing a camp a lot depends upon how old you are and where you are in terms of level of play. Since there are so many different types and levels of soccer camps from beginning to intermediate to advanced, it’s probably a good idea to give yourself some leeway, meaning that you let the camp directors know or ask about moving up or down different levels once the camp starts. It’s best to test yourself though, so try playing at a higher level and with better players.

Soccer mentors. What’s great about a soccer camp is you’ll see players your own age with better skill which will push you to get better and copy their skills and moves. If you’re learning how to juggle the ball and see other kids your age starting to master the skill, you’ll start to work on this on your own so you get better. And then at camp you’ll also see older players with more advanced skills and start to mimic and emulate their skills, sometimes without even knowing you’re are doing it.

Try two soccer camps. The best thing to do is attend a local or community soccer camp, perhaps one put on by a club team near where you live, which is usually less expensive, and then go to a camp run on by a semi-pro soccer team in your area or a Major League Soccer team – maybe even traveling a greater distance to do this if you have to. This of course depends upon your goals as a player and how much you want to play during the summer. But you’ll learn things from the less advanced camp and then you can push yourself more in the elite type of camp. While you don’t want to attend a camp that is way below your level, most camps offer different groups or sessions for higher level players.

Transformation. Go to a soccer camp with a teammate or friend. That’s reduces a lot of the stress. Recruit more players from your team or even go to a camp with your whole team. But I think the off-season and soccer camps in general are about individual transformation and being challenged. There are a lot of young players who can go from being good soccer players to being great players just over the summer as they improve their skills and gain confidence. Going to camps is a big part of this. This is what’s great about camps, you’re able to focus and get pushed by other players who are better than you.

Coaches who are former or current pro soccer players. Pick a camp where the coaches have played professional soccer or college soccer at least. They will be able to instill knowledge about the game based on experience and playing at a high level. It’s not so much how many coaching licenses the camp coaches have but where they played and for how long.

Yes, coaching licenses are good but sometimes you might end up at a camp with a coach who played professional soccer in Brazil or Mexico without a “coaching license” and he or she will be able to teach you more than any accredited coach ever could. The other element that’s important is enthusiasm and love for the game. Find camps where the coaches love the game of soccer and will encourage and motivate you to get better. Coaches who have played pro soccer will have this passion for the game. At camp you want to be inspired to reach your full potential as a soccer player.

Individual attention. Then there are all the common attributes you want in every camp, from a good ratio of players to coaches to a set plan for what the camp will entail and teach every day. Overall, you want to have fun playing soccer but also and learn new skills. It’s a good idea to mention to the camp coach what you want to improve upon while you’re at the camp – what skills you need help with.

Most soccer camps will list the daily activities for each camp on their website, breaking down what campers will do every hour, whether it’s skill work, passing, shooting or games. If you’re a player who wants to play in more small sided games, then look for a camp that offers that.

College soccer camps. As you get older, and start to think about playing soccer in college, going to a soccer camp at the school you want to attend is an ideal way to get looked at by the coaches. Ideally, it’s something you should think about doing a three or four years before you’re going to attend college, the earlier the better.

The idea is to establish a relationship and let the coaches know what soccer tournaments you’ll be playing in so they can see you play in competitive games. And often these college camps are residential camps, where you stay in dorms, this will let experience the campus of the college as well.

Posted by admin - June 26, 2019 0
The Bolton Wanderers were winning the game with less than five minutes to play when Blackburn Rovers scored to… 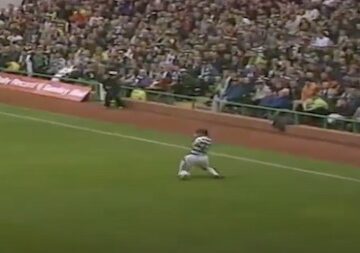 Posted by admin - June 26, 2019 0
The legendary butt trap! I works! The Celtic midfielder Lubo Moravcik uses a part of the body you don’t see… 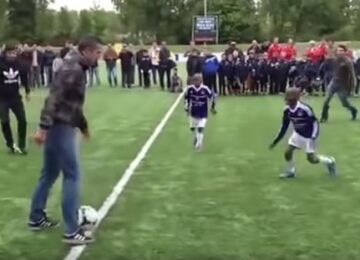 Posted by admin - June 26, 2019 0
In jeans no less, Robin Van Persie passes and dribbles the soccer ball in and around some young kids, perhaps…

Posted by admin - January 20, 2018 0
Breaking news! Real Salt Lake’s Kyle Beckerman has cut his hair. His dreadlocks are no more. Gone. Vanished. Poof. Why? He… 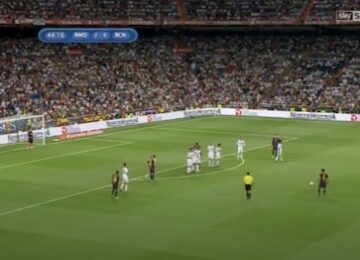