Jadon Sancho left Manchester City to sign with Borussia Dortmund so he could get more playing time. That was a very smart decision it seems like now. And perhaps a poor decision by Pep Guardiola to let him leave. What stands out about Sancho is he still plays pro soccer like he played pick up soccer.

Sancho still plays with a freedom and a joy, like Ronaldinho or Neymar or many of the Brazilians play. Many say Sancho plays a street soccer or video game style of football / soccer, he’s still not afraid to nutmeg a defender or make them look silly.

The race is on now between the big soccer clubs to sign Sancho. The other big club in Manchester want to sign him, meaning Manchester United. That would be funny if they got him over Manchester City trying to re-sign him. Think he’d fit in perfectly at Barcelona, right. Surely Sancho is the most skillful English soccer player to come along in quite a while.

And yes, like Neymar, Jadon Sancho likes to wear his soccer socks up high.

Watch, as Jadon Sancho humiliates everyone on the soccer pitch who tries to challenge him. As a young player, make sure you develop the ability to go at players. Don’t lose that soccer skill as you get older either. Players who can beat defenders on the dribble are valuable to a team.

There’s more Sancho highlights though. 19 years old but already plays like a veteran! Jadon Sancho is the most prolific assist provider in Europe’s top leagues with skills to boot! 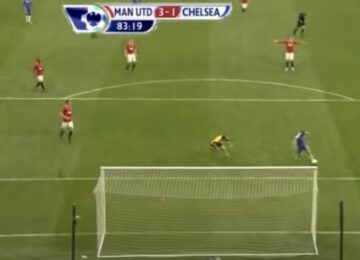 Thousands of Tears Stream Down the Face of Fernando Torres

Posted by admin - June 26, 2019 0
By Nicholas Spiller Amidst the whirlwind of excitement around Chelsea’s Champions League final victory there is a large feeling of…

A Brief History of the Game of Soccer

Posted by admin - June 25, 2019 0
A Brief History of the Game of Soccer By Michael Shanks In the second and third centuries BCE, the Chinese… 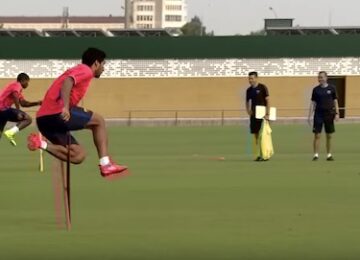 Posted by admin - June 26, 2019 0
What does the word sequence have to do with soccer? I thought soccer was a fluid game, without set plays…

Posted by admin - June 26, 2019 0
Donut Soccer Goal I like the concept here. I’m sure there are a number of landmarks that could become soccer…