Yes, that’s none other than Justin Bieber and Neymar. Is Barcelona going to sign Bieber to replace….yeah right.

Justin Bieber has some soccer skills though. I mean he’s actually not too bad. Bieber’s got some potential if he put the work in, right. What position though, winger or striker. Don’t think he’d be a good goalkeeper, just can’t picture him coming out and winning the ball on a corner kick.

There was a very special guest indeed at the last FC Barcelona training session before flying out to Glasgow for the Champions League game with Celtic. And it was none other than Canadian pop superstar Justin Bieber, who is performing at the Palau Sant Jordi on Tuesday night in one of the final shows of the European leg of his Purpose World Tour.

The 22-year-old, whose What Do you Mean?, Sorry and Love Yourself were all global chart-toppers last year, not only got to watch the Barça players train but even got to join in with a kick around with the likes of Neymar Jr and Rafinha. And it turns out that Bieber has a pretty fine shot on him, and he also got the chance to try out his goalkeeping skills. 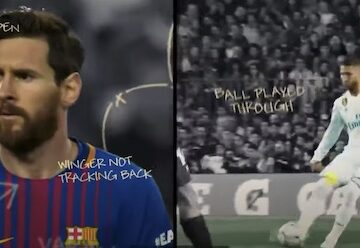 Posted by John Webster - April 12, 2020 0
Why does Messi walk around the pitch? Pep Guardiola tells you what Messi is really doing. In the Amazon Prime…

Posted by admin - June 26, 2019 0
The AC Milan maestro takes the UEFA Star Challenge.  How many times he can hit the cross bar out of…

Posted by admin - June 26, 2019 0
Sadly, Stuart Holden injured his knee again playing in the Gold Cup final versus Panama. It was an odd play,…