Yes, Marc-Andre ter Stegen makes big saves for Barcelona but he also doles out assists! Remember that quick goal kick and perfect pass to Griezmann and then the incredible long ball right to the feet of Suarez? In world football, the other German keeper Manuel Neuer might be called the sweeper keeper, but ter Stegen is the playmaker.

Can we start calling Marc-Andre ter Stegen a playmaker…? I’m guessing that ter Stegen has more assists during the La Liga season than some Barcelona defenders. Surely the Barcelona coach tells their goalkeepers to get their heads up and look for the long ball if it’s open but these are some amazing passes by ter Stegen.

You may have to click over to YouTube to watch both these assists but they’re worth it.

Killer pass and a lovely chip by Griezmann. Pique is even impressed by the pass, shaking ter Stegen’s hand after the goal. I wonder what he said to him….is Pique telling him he got a bit lucky that the defender didn’t cut out the pass or that it was a perfect pass.

He comes off his line to win the ball with his chest and then picks out Suarez with a perfect pass. I love how Suarez raises his arm and looks back at ter Stegen thanking him for the pass. This is really a potential goal of the season. 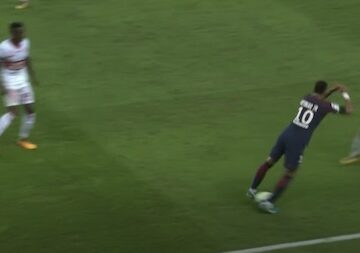 Posted by admin - June 26, 2019 0
Let’s learn how to do Neymar rainbow flick. With the soccer ball between your legs, roll the ball up one… 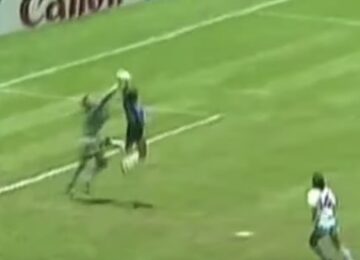 The Bailout Battle: Greece Versus Germany

Posted by admin - June 26, 2019 0
Bloomberg’s Josh Lipton reports on the showdown between Greece and Germany in the Euro 2012 tournament as Germany takes on…

Defending in Pairs in Soccer

Posted by admin - June 26, 2019 0
How do you defender in pairs in soccer? Let’s learn the proper approach for soccer defenders. Good defending in…

Posted by John Webster - July 30, 2017 0
If you’re looking for an indoor soccer center in Tennessee, you’ve come to the right place. Below you will find…