“Sometimes I take on defenders myself…”

This line from Messi is quite the understatement. Messi sometimes dribbles through an entire defense. Messi is so humble and calm in this interview. He’s a killer goal scorer though when he steps on the field and his desire to win is contagious. There will be no better dribble of the soccer ball than Messi in the history of the game.

Messi playing for Barcelona at 13. Scary for Barcelona to think he almost just left the club. Really, Messi is the club now. Hard to think about Barcelona without Messi. He’s a joy to watch and does things on the soccer pitch that nobody has can or will ever do: “I never think about the play or visualize anything. I do what comes to me at the moment. Instinct. It has always been that way.”

Today marks 20 years since Lionel Messi arrived in Barcelona. He was a force even at 13 😳

Posted by admin - June 26, 2019 0
As I was watching the must win Champions League match between Werder Bremen and Barcelona, what stood out was the…

Posted by admin - June 26, 2019 0
Football teams in Europe are getting bought up by a lot of American investors. I wonder if European or South… 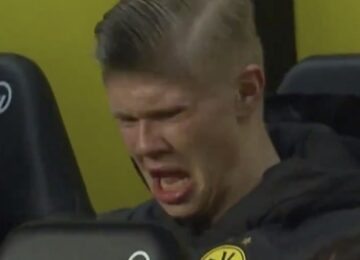 Posted by John Webster - February 8, 2020 0
Erling Haaland is a legend already, scoring goals at will after having just signed for Borussia Dortmund. Is this elixir…

Posted by John Webster - August 12, 2019 0
Is that a sports bra Ibrahimovic’s wearing? After a recent friendly against Real Madrid, we learned about Zlatan Ibrahimovic’s interesting…

Posted by admin - June 26, 2019 0
UNC Asheville and Finnish goalkeeper Lassi Hurskainen does it again with a new set of tricks. The video is said…