Last season was one of the best Premier League seasons we have seen in years. With both Manchester City and Liverpool taking it to the final day and both teams grabbing an incredible points total it was full of excitement to the end. It was more than just the top two that provided the excitement though. The battle to finish in the top four was intense, Wolves grabbing a Europa League place and the battle to beat the drop was spine tingling to the end.

Unfortunately, when a football/soccer season offers so much it is difficult to live up to it the next year. That is why so many sequels to great films fail to live up to their expectations. The Premier League is different though. The passion that is attached to some sports teams translates over into higher excitement year on year. But, for the neutral fans, can next season live up to last season?

There will be a lot of movement in the transfer market during the off season. Because the big six in the league will all feel like they have room to get better it is likely that they will spend big to try and bridge the gap between the sides above them, or in the case of Manchester City extend the gap to the sides below them. Next season could see four totally revamped squads to try and catch up to Man City and Liverpool.

This should be easier for the bottom four of the big six, because they were so far behind Liverpool and Man City this season the amount of improvement that they can carry out is far greater. Arsenal, Spurs and Man United will all have the potential to greatly improve their squads for next season, Chelsea may be able to as well if they can avoid their transfer ban.

Man City and Liverpool will find it more difficult to improve their squads by the same level as the other four. That means that next season the gap is likely to shrink, even if Liverpool and Man City both manage to stay out in front.

The Premier League title race is likely to be far closer next season and as such could possibly create even more excitement than this season. There is also the added excitement of seeing new players for the first time.

The return of three old friends is also another reason why next season could offer more to viewers. Aston Villa, Sheffield United and Norwich are all teams who have played at the top level before, and in the case of Aston Villa and Norwich, have managed top four finishes in the Premier League in the past.

This could bring a whole new aspect to the league, especially if they manage to take to the top flight in the same manner that Wolves did. The 2019/20 Premier League season is geared up to have just as many thrills and spills as last season. Will you be ready when it starts?

Check out the best goals from an incredible Premier League season! 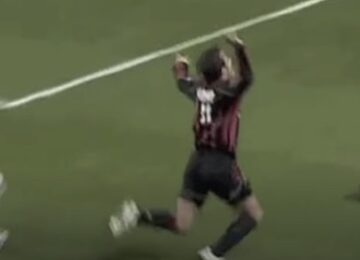 The Greatest Soccer Dive Ever

Posted by admin - June 26, 2019 0
There’s no doubt this is the greatest dive that’s ever been dove in soccer. AC Milan’s Girardino doing what is…

Posted by admin - June 26, 2019 0
The Palm Beach Pumas may well be the best-kept secret on the Wellington sports scene. The Pumas are one of… 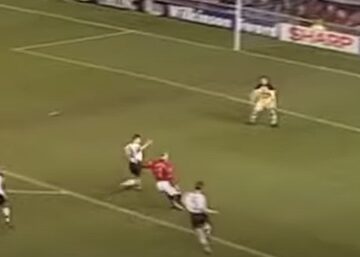 Posted by admin - June 26, 2019 0
Right now, Nasri is wearing the adidas F50 adizero soccer cleats in the white colorway. And it seems like he’s…

With an undying passion, Vikash Dhorasoo effectively adapted his game on the football pitch

Posted by admin - June 26, 2019 0
From the Hammer to the Big Slick: Vikash Dhorasoo’s Underdog Journey Being overshadowed by his French football compatriots Zinedine Zidane,…