His Airness Michael Jordan and PSG. Jordan and soccer / football. PSG and Michael Jordan create a partnership. Coming soon to a soccer store near you or your favorite online soccer vendor. Soccer gear with the Michael Jordan logo, JumpMan. It’s an interesting partnership between two sports, between the best basketball player and one of the top soccer teams in the world. I wonder if other Nike sponsored teams or soccer players will start wearing JumpMan inspired soccer shoes or gear.

The JumpMan brand has reached a long term agreement with Paris Saint-Germain (PSG) for the Jordan logo to appear on their soccer jerseys. I wonder why Nike doesn’t try to create a Neymar type of Jordan brand….with Neymar has the logo.

Neymar once said this about Jordan. Wonder if a young Neymar would believe he’d partner with Nike and wear the Jumpman logo on his soccer jersey when he was older.

There weren’t many options growing up, so I would wear whatever possible. I once saw a little boy wearing Jordan sneakers in a movie… and that made me dream.

The world-first partnership between these two sporting icons sees the bold defiance of Jumpman meet Parisian flair. To be the best in the game, you have to put the hours in on the training ground. That everyday intensity reflects both Jordan and Paris Saint-Germain’s attitude.

PSG stars Neymar, Kylian Mbappe, Marco Verratti, Dani Alves, Edinson Cavani, Adrien Rabiot, Angel Di Maria, and the rest of the soccer team will wear the basketball hero’s JumpMan logo during the Champions League matches. Who of course is the most famous soccer player wearing the new JumpMan gear, Neymar. What with Neymar joining PSG the new JumpMan partnership hit the jackpot in terms of exposure.

As part of a unique Nike Soccer and Jordan collaboration, Neymar Jr. becomes the first football athlete to feature the Jumpman on his performance product. The new limited edition NJR x Jordan Hypervenom is available now, exclusively in the Nike Football.

After pulling on their best suits for the Champions League, PSG has made it official they will wear their new uniforms as long as they stand in the European competition. Neymar brings us more insight.

The Art of Wing Play 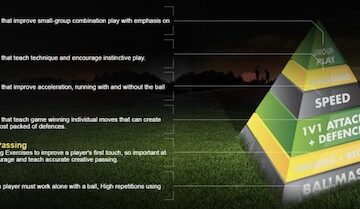 What Soccer Shoes Does Cannavaro Wear?

Posted by admin - June 26, 2019 0
What Soccer Shoes Does Cannavaro Wear? A player who makes everything much easier by keeping things calm and smooth in…