Remember the Olivier Giroud scorpion kick goal? And what a goal this was not just for Giroud but for the entire Arsenal team. It’s a counter attack goal that’s started with a clever back heel flick by Giroud and then finished with his scorpion kick.

As one commenter put it so nicely: Yes, it is not just the scorpion kick finish, but that Arsenal wins the soccer ball on the edge of their own penalty area, and then in seven moves (ten touches of the ball) including the Giroud back heel in the buildup, is what makes this such an incredible goal, a true team goal crowned by the most beautiful finish ever. Surely this is one of the best Arsenal goals of all time.

Giroud puts his hand up, calling for the cross to come to him and falling down gets his heel on the ball from a long ways out. The Crystal Palace goalkeeper must have been shocked and really just dumbfounded what happened after the ball went into the back of the net. It just all happened so fast, the counter and the finish in a blink of an eye. Even Arsenal manager Arsene Wenger probably smiled and cheered for this scorpion kick goal by Olivier Giroud.

Posted by John Webster - July 8, 2020 0
Did Christian Pulisic use the Coerver Coaching method to develop as a young soccer player? I think so As far…

Posted by admin - June 26, 2019 0
After more than a quarter of a century of operation, the Williamsburg Soccer Club, a non-profit soccer club dedicated to… 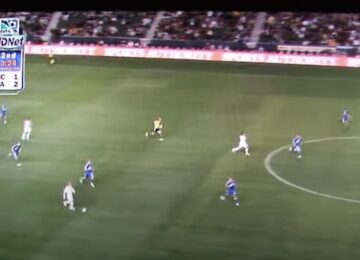 Posted by admin - June 26, 2019 0
The big man uses the defenders hair to get to the ball first…When Crouch scored the decisive goal against Trinidad… 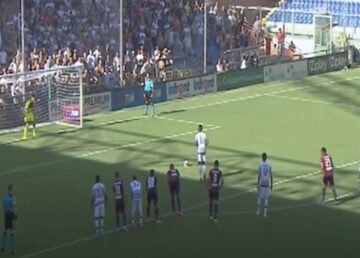 Posted by admin - June 26, 2019 0
Have you seen Pogba’s penalty kick run up? One of the more unique runs up to a penalty kick that…