Why does Messi walk around the pitch? Pep Guardiola tells you what Messi is really doing. In the Amazon Prime documentary This Is Football, former Barcelona manager Pep Guardiola talked about why Messi seems to just be walking around the soccer pitch sometimes. Messi has almost a Buddhist style of play you might say, one that’s non-striving. Messi sees the game and waits for his moment. He let’s the game come to him. He doesn’t force anything. He knows what he’s doing!

“He’s not out of the game. He’s involved. Moving his head. Right, left, left, right. He smells who is the weak point of the back four. After five, ten minutes, he has the map. He knows if I move here, here, I will have more space to attack.

Oh, that’s genius! That is quite incredible. We are contemporary of that guy. So enjoy it. Lionel Messi, just simply one of a kind. He is so good.”

Sure, Messi will take over the game, especially when his team is losing. Or, there are a lot of stories of Messi getting angry and dribbling through the entire opposing team. But overall, Messi is very calm and controlled.

Why Does Messi Walk Around the Pitch?

There’s even a theory that Messi walks around and doesn’t do anything during the first five minutes of a game.

Ken Early of Slate remarked so perfectly that “only Messi has figured out how to win matches by moving less than everyone else.”

And this article from FiveThirtyEight perfectly explains why Messi walking is strategic.

“Even while strolling, he is helping his team by holding ground in valuable areas, waiting for the ball to come to him.”

Posted by admin - June 26, 2019 0
Henry rarely scores goals with his head.  And earlier in this match he should have scored off of a header,…

New Year Brings Resolutions As Usual; Some More Desperate Than Others

Posted by admin - June 26, 2019 0
By Jeff Kassouf With 2008 just around the corner, everyone is making their resolutions. Some may want to lose weight…

Posted by admin - June 26, 2019 0
Having learned the importance of strategy in soccer, one of the most critical skills to develop if you want to…

What Soccer Shoes Does Tevez Wear? 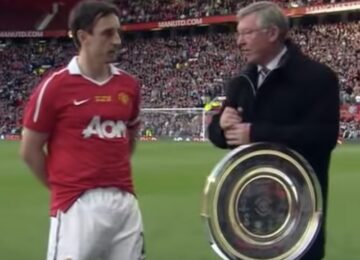 Posted by admin - June 26, 2019 0
Testimonial soccer matches are an interesting concept with a long history, let’s take a quick look at what exactly are…