You could take Shelley Kerr, national head coach, as the perfect example of female Scottish coaches making big strides in football. She has enjoyed a great managerial career so far coaching the likes of Hibernian Ladies, Arsenal Ladies and men’s side Stirling University, and after guiding Scotland Women to their first major finals at Euro 2017; it has really put women’s football on the map in Scotland. Now the Scottish FA want more female coaches to get involved to help develop the women’s game even further.

With Kerr leading the way, it has certainly removed a few obstacles that many felt were previously in the way. She was the first woman in the whole of the United Kingdom to take charge of a men’s side, and it certainly made the Scottish FA stand up and take note. They’re now looking to build on this success by helping the more experienced female players gain the necessary coaching badges in preparation for when the time comes to hang up their boots.

Joelle Murray who plays in midfield for Hibernian Ladies is one of a few current players who are undertaking their coaching badges. Murray, studying for her UEFA B licence, actually combines her playing role with that of academy manager too. This is a huge positive for the Scottish FA, as by the time she comes to retiring from playing the game; she will have all her badges as well as managerial experience. It’s a blue print that is likely to be used to encourage further successes in the future.

The Scotland Women captain Rachel Corsie who currently plays for Seattle Reign in the National Women’s Soccer League is another experienced pro who has taken the opportunity to develop her coaching skills. Just like Joelle Murray, Coelle is studying for her badges and will be well prepared when she gives up playing the game.

The Scottish FA strongly expressed that they wanted to see women making up at least 10% when it came to people embarking on coaching courses. They fell slightly short in 2016, but 2017 was the year they got their wish. In fact, 10,000 people signed up in Scotland and it’s believed that just over 1000 of those were women. This also marked a rise of around 400 based on the 2016 figures. It’s certainly a step in the right direction for Scottish women coaches and their FA.

Many nations have mentioned the lack of female coaching role models as a barrier, but in Scotland’s case they are one of seven nations from the 55 active in Europe; who boast female coaches in their national set up. Pauling MacDonald is in charge of the female U17s, Pauline Hamill the U18s and Shelley Kerr in the senior role. All three have 236 caps between them too showing that experienced pros should be encouraged to take their badges, in order to utilise their talents as coaches after their playing days come to an end.

One thing is for certain, the Scottish FA have certainly moved women’s football in the right direction and it’s expected that there will be more females taking coaching courses in 2018, to build on the success seen last year. If more coaches continue to be developed it will mean women’s football on the whole will get stronger and we could potentially even see more women in charge of men’s teams too.

Hear from the new Scotland Women’s National Team Coach Shelley Kerr on her pride and excitement at being appointed to the role. 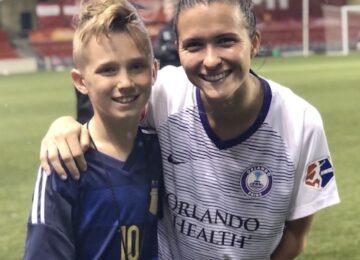 Carson Pickett is a Soccer Legend

Posted by John Webster - July 22, 2019 0
Orlando Pride defender, Carson Pickett, discusses how having one arm makes her unique and her love for soccer. #NWSL (National… 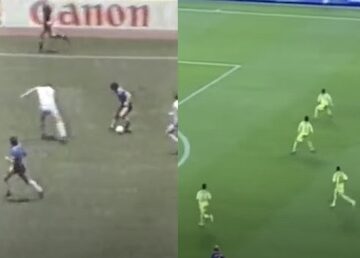 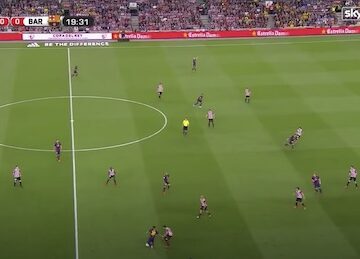 Posted by admin - June 26, 2019 0
I’m guessing this is a bit of a David Beckham type signing, in that Freddie Lundberg is at the…

Posted by admin - June 26, 2019 0
Cristiano Ronaldo Free Kick Versus Iceland Ronaldo steps up for the free kick and rips the ball up and over…