Bob Bradley said that Vela should play like Messi. Well he has. Yes, it’s just the MLS but I think even Zlatan Ibrahimovic might be a little impressed by the goal. A little. What makes the goal though, beside all the Messi cuts and George Best like moves in the box, is the lovely dummy one two that starts off everything. It’s hard to watch at the end though seeing the San Jose defender try to do the splits to stop the goal. I love how Bradley encourages Vela to be the best and play like Messi.

Carlos Vela proved why he’s the best in MLS with two goals in an emphatic 4-0 victory vs. San Jose Earthquakes. Right after San Jose manager Matias Almeyda was sent off for conduct toward the referee, Carlos Vela produced one of the most magical goals of the season, beating four San Jose defenders and the goalkeeper for his second goal of the night.

Some people thought it was absurd that Bradley said that Vela should be as good as Messi. Many laughed about it. I don’t think people are laughing so much anymore…now it’s about just how good Vela can be in the MLS and for Mexico in the years to come.

Bradley said this at the press conference after the game – from ESPN.

“To be clear on this, it’s 100 percent sure that Carlos isn’t playing this well because I told him to be like Messi,” Bradley said post-match. “If it was that easy, I’d tell them all [to be like Messi], or I’d tell some to be like Xavi to spread it out a little bit.”

Bradley said the comparison had been “blown out of proportion” but the point he was trying to stress appears to have reached the intended target.

“My point to Carlos was just that when you come to MLS you have to set the bar that high,” Bradley added. “I’ve heard him say it, when he was in La Liga and there was Cristiano [Ronaldo] and Messi and some other guys, it’s hard for him to think ‘I want to be the best guy in the league.’ But when he got here I wanted him to think: now is your chance [to be the best in the league].”

Posted by admin - June 26, 2019 0
By Michael Shanks The rule for dimensions is very basic for a soccer pitch, just that the length of the…

Posted by John Webster - February 11, 2020 0
At the tender age of 17-years old, Ansu Fati is rapidly becoming one of soccer’s brightest new stars. With a… 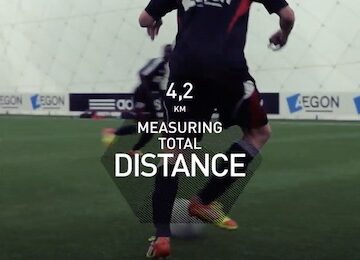 The New Lionel Messi Soccer Shoe with a Computer Chip Inside

Posted by admin - June 25, 2019 0
So what soccer boots does Lionel Messi wear? Is there really a computer chip inside Messi’s soccer shoe? Well, Messi…