US Women’s soccer star Carli Lloyd breaks down her 55-yard field goal at Eagles practice on “Good Morning Football.” What’s crazy and sad in many way is Carli Lloyd has gotten more attention for kicking this 55-yard field goal than scoring goals in the World Cup final. And she’d probably make more money kicking field goals in the NFL in one season than she ever did kicking a soccer ball. I wonder though, what if her field goal gets blocked and she has to make a tackle…? What’s interesting is if she can easily kick a 55-yard field goal maybe she can kick a longer one even….what about 70 yards. Although if she kicks one that long they should give her more than 3 points.

World Cup football champion Carli Lloyd has showed she could kick it in the NFL as well after drilling 55-yard field goals at NFL practice with the Philadelphia Eagles on Tuesday. Lloyd, a south New Jersey native and longtime Eagles fan, connected on several 40-yard attempts with room to spare before hitting from 55 yards. The footage caught the attention of retired Dallas Cowboys talent evaluator Gil Brandt, who said an NFL team in need of a kicker, such as the Chicago Bears, should give Lloyd a look

Yes, hopefully Lloyd will keep playing soccer for at least a few more years before she starts kicking field goals in the NFL. The money though, that might be hard to pass up along with all of the attention. The first female NFL player. The first female kicker. Those kicks will be a must watch. 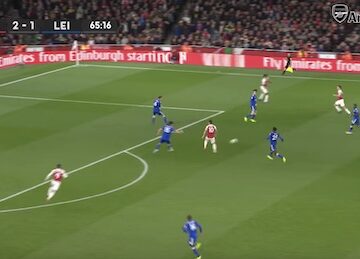 Posted by John Webster - September 13, 2019 0
This is one of the better goals you’ll ever see in the English Premier League or any soccer league for…

Posted by admin - June 26, 2019 0
George Best is certaining one of the greatest dribblers of the ball of all time. Best just had a classic… 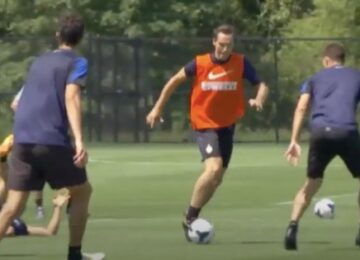 Posted by admin - June 26, 2019 0
Soccer as a vehicle to become a star in another sport: How does soccer make you a better athlete? How…

Posted by admin - June 26, 2019 0
Arsenal’s Thierry Henry dribbles through three or four players and nearly scores. This was before Manchester City had Pep Guardiola…

Posted by admin - June 26, 2019 0
In the first period of extra time during a 2011 Women’s World Cup match between USA and Brazil, Brazilian forward…