Were you searching for Cristiano Ronaldo’s earring or his earnings? Yes, two quite similar search terms related to what you might want to know about Ronaldo. But I was wondering if Ronaldo played with an earring in his ear. And if so, how many goals has he scored while wearing said lucky earring?

I’m guessing Ronaldo doesn’t play with the earring in, but wasn’t exactly sure. Perhaps he’s worn it during warm ups and just forgotten to take it out and the ref didn’t see it in either.

Since moving on to play in Italy Ronaldo has become maybe a bit more stylish. Growing his hair out a bit and perhaps trying out a few new looks and hairstyles. With a new earring it seems another addition. When in Rome as they say.

Ronaldo has always worn earrings since he started playing for Manchester United. But of course Alex Ferguson wasn’t going to let him play or train with an earring. Now, Ronaldo has reached a level or he can do pretty much whatever he wants. He recently started wearing a pirate like hoop earring.

Oh, and as far as Cristiano Ronaldo’s earnings, he’s doing quite well and can afford any kind of earring he might want. Ronaldo will reportedly earn roughly $663,000 per week playing in Italy for Juventus, or roughly $35 million per year.

What’s crazy is Ronaldo has already scored 50 goals for Juventus. So yeah, if he feels like changing his hair style or wearing an earring when he plays, so be it!

On Sunday, against Fiorentina, Cristiano Ronaldo scored his 50th competitive goal for Juventus, marking the half-century goal chart for CR7, our Portuguese star. Ronaldo’s scored in a multitude of competitions including Serie A, Coppa Italia, Supercoppa Italiana, and the Champions League. Celebrate by watching all 50 right here!

It turns out that Juventus were very wise to sign Ronaldo. Just how many goals can he score for Juventus before he decides to head over to the United States and join Inter Miami? I’m sure Ronaldo wants to keep playing until he’s forty and try to win the World Cup for Portugal.

Brazil Versus USA – Friendly in Chicago

Posted by admin - June 25, 2019 0
Brazil Versus USA – Friendly in Chicago Below are the goals and the highlights from this recent friendly in… 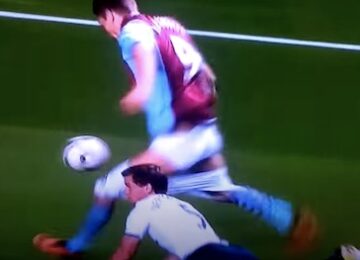 Jan Vertonghen Pulls Down the Shorts of Nicklas Helenius

Posted by admin - June 26, 2019 0
Do they teach this at the Tottenham soccer academy? Telling young potential pro football defenders that if they can’t stop…