Remember when you played youth soccer and certain soccer players would clasp their hands together when they headed the ball? Well, defenders putting their hands behind their backs when defending in the goal box sort of reminds me of that. I understand not wanted to have a penalty called on you if the shot hits your hand or arm, but if you have your hands behind your back you can’t move laterally very well.

Victor Lindelof Defends with Arms Behind Back

It’s harder to get into position to win the ball or block the shot. And really, it’s kind of giving up and saying I’m going to let the attacker shoot and just don’t want to have the ball hit my arms. It’s surrendering. It’s constricting.

I know it’s all happening quite fast, and the defender doesn’t want to have the ball go through his legs or hit his arms, but why not try to win the ball or block the shot and not worry about conceding a penalty kick?

Firpo comes at Sancho square on. With his hands clasped in back he can’t move to block the shot as well. What do you think? Is it good for defenders to put their hands behind their back? 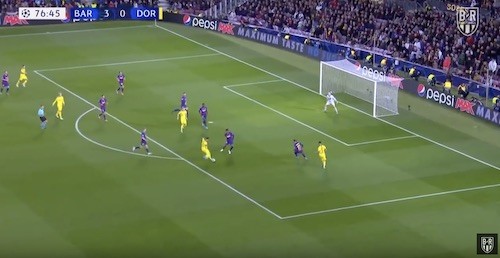 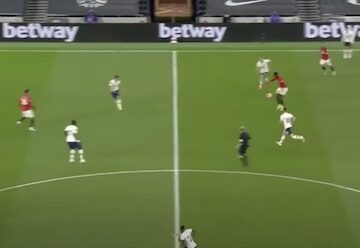 Posted by John Webster - June 23, 2020 0
Manchester United’s Pogba moves around the soccer pitch in a sort of seemingly lazy way, maybe languid is the better…

Posted by admin - June 26, 2019 0
Getty Images: Soccer City Stadium in Soweto will host the World Cup final By Lawrence Ostlere The semi-finals are over…

Posted by admin - June 26, 2019 0
Span’s U21 side beat Switzerland 2-0 in the final to win the U21 European Championship. Thiago Alcantara capped off the…

Posted by admin - June 26, 2019 0
Quote by Patrick Viera to Francesc Fàbregas A great article about going from a youth player to a star for…