One big reason people say Diego Maradona is the GOAT (Greatest Of All Time), is the game was different when he played it. Football players weren’t protected like they are today. Now, thankfully, skillful soccer players are protected more by the referees and hard tackles from behind aren’t allowed. More yellow and red cards are given out. When Maradona played a lot more kicking and tackling was allowed. Which is an understatement. Hacking was allowed in soccer and accepted in soccer during Maradona’s time. What’s more, it was a tactic. Take out the most skillful player.

As seen here when England played Argentina in the World Cup in 1986 in Mexico. Maradona is brutalized. It was the English team’s strategy to hack and foul skillful players like Maradona and the referees let England get away with it.

And Maradona didn’t dive or play act or try to exaggerate a foul. He was generally and regularly kicked because they just couldn’t stop him. And even all the hacking and kicking didn’t stop him. See just how many times Maradona is hacked by England in the video below. Could Neymar, Messi or Cristiano endure this kind of punishment and keep going?

I’m sick of hearing the English media and ex England players criticize Maradona following his death regarding the “Hand of God”.

This video shows the English kicking the little guy all over the pitch. Strangely we don’t often see these pictures from the English media. pic.twitter.com/bjCfB1gGF4

Posted by admin - June 26, 2019 0
Coaching Carousel The merry go round begins as the top world soccer coaches get off in one country and…

Posted by admin - June 26, 2019 0
Field size: Half field or the entire penalty box area Number of players: full team with groups of three or… 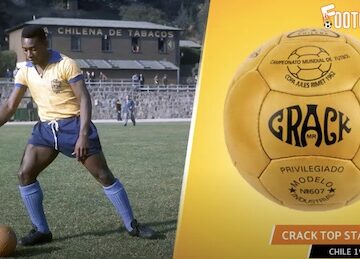 History of the Soccer Ball 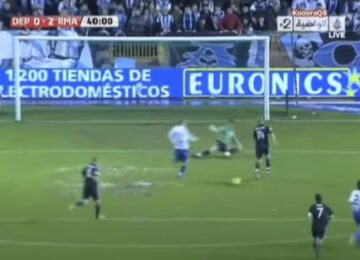 Guti Back Heel to Benzema

Posted by admin - June 26, 2019 0
When someone says the name Guti you’re probably going to think “back heel”. Who needs Cristiano Ronaldo when you’ve got…