Jones head tackle. This is amazing. Manchester United defender Phil Jones with the head tackle to prevent a goal. Give Jones some credit here for sacrificing his head for Manchester United! Jones heads the soccer ball off of Arsenal’s Olivier Giroud for a goal kick instead of a potential goal. Yes, Jones was out of position so he had to make up for it but how often have you seen a player head tackle the ball…Jones could have easily been kicked in the head by Giroud if Jones missed time it.

Sure, Jones makes plenty of mistakes for Manchester, and isn’t the most beloved player on the team by the fans, but he plays with a heart and passion and was willing to risk getting kicked in the head by Giroud on this play. 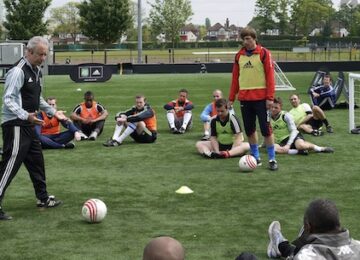 Posted by admin - June 26, 2019 0
Since soccer camps are often the first introduction to soccer for many youngsters, it’s important to choose a soccer camp… 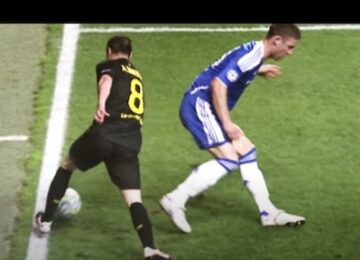 Posted by admin - June 26, 2019 0
Is Andres Iniesta one of the greatest players in the world? He certainly is. Will he go down in history…

Posted by admin - June 26, 2019 0
Leading up to the Manchester United versus Liverpool match all the talk was about how Suarez and Evra would…

Posted by admin - June 26, 2019 0
Rafael van der Vaart is having a tremendous season for Tottenham Hotspurs. The Dutch midfielder has scored a number of…