What’s key though is how Ruud talks about moving on after making a mistake and just to keep trying and working hard. He says: The moment you make a mistake it’s over, you go on to the next one. Check out Nistelrooy showing a young Welbeck one of his favorite moves.

The trick for the helicopter move is to drag the defender away from the space you want to move into to.

This video is from the Manchester United training DVD.

Take your game to the next level and learn to play like a champion with Sir Alex Ferguson and the first team players of Manchester United! Along with the club’s Academy players, you can learn skills like the Flick Behind, the Step Over and the Roller Coaster. With unprecedented access from the training ground to the heart of Old Trafford you can find out what makes Manchester United one of the most exciting teams in the world!

Posted by admin - June 25, 2019 0
by Patrick Beith Let’s learn how you can increase your soccer speed and and improve your overall agility with some… 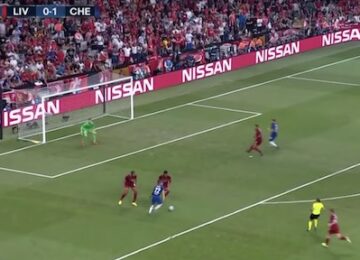 What Soccer Shoes Does Kaka Wear?

Posted by admin - June 26, 2019 0
Here are some excellent soccer drills every individual and team can work on to become better on the soccer field.…

Posted by admin - June 26, 2019 0
Cambiasso Goal Versus Serbia & Montenegro Contains all 24 passes leading up to the goal. Simply outstanding teamwork by Argentina.…