The Di Maria nutmeg on Alphonso Davies in the Champions League final is worth seeing. And something Davies surely has already tried to forget. Bayern Munich winning the match will certainly help with the brief embarrassment of getting nutmegged though!

Just let Di Maria keep going right. He has no right foot and loves to cut in on his left. Yes, soccer stars and pros can get away with playing really just one foot since that one foot is exceptional. But back to the nutmeg. Poor Davies gets caught being a bit too aggressive and Di Maria puts the ball through his legs so he can get the soccer ball back on his left foot.

Sure, Coerver will tell you to become an expert with both feet yet there are elite players who really only play with on favored foot, Di Maria being one of them. It hasn’t stopped him! And it hasn’t stopped him from nutmegging Davies.

Don’t feel too bad though Davies, it’s not like when Di Maria made Carlos Puyol do the splits in a game.

Di Maria with a beautiful nutmeg on Alphonso Davies pic.twitter.com/L3qD3vmxVe 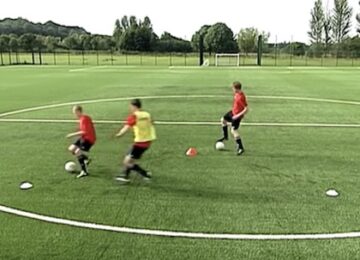 Posted by admin - June 26, 2019 0
Learn how to side step your marker with this soccer drill from Alfred Galustian, head of Coerver Coaching. Remember though,… 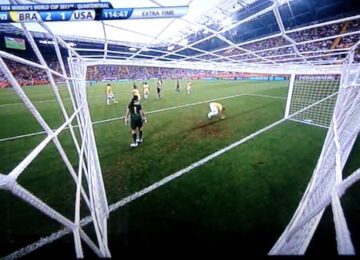 Posted by admin - June 25, 2019 0
In what is a terrible acting performance, unless it was on a Brazilian soap opera maybe, Brazilian defender Erika acts… 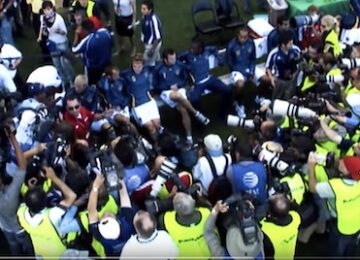 Posted by admin - June 25, 2019 0
Really, is this the most cameras that have ever been around a soccer player on the bench for his debut?…