No longer will Gio Reyna been known as his father’s son after this wonder goal for Dortmund. I don’t think Claudio Reyna ever scored a goal as good as this one during his pro soccer career. Not even close.

The young American star Giovanni Reyna notched a sensational goal for Dortmund bending ball into the upper corner after feinting his way through a collection of defenders.

Clearly Gio should be called up to the full United States national team after scoring a goal like this. Gio is just 17 years old and this was his first professional goal.

Once again though a defender puts his arms behind his back which seemed to make it easier for Gio to set himself up to bend the ball into the net. See in the picture above, the last Werder Bremen defender with his arms locked behind his back. The defender looks stagnant. Unable to move latterly.

Posted by admin - March 2, 2019 0
Christian Pulisic, the Dortmund attacking midfielder and U.S. national team star, wears the the Nike Mercurial Vapor soccer cleats, and has been…

Posted by admin - June 26, 2019 0
By Nicholas Spiller In recent weeks, the race for the Premier League title has grown mad hot. Similarly, the race… 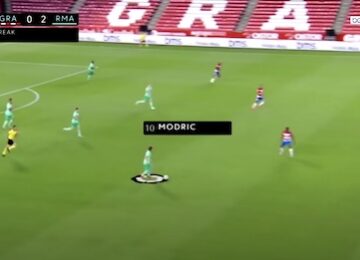 Posted by admin - June 26, 2019 0
Let’s try to learn how to play football like Luka Modric. If you had to characterize Luka Modric’s style of…