In this video you’ll discover and learn from a Barcelona legend. Learn Andres Iniesta’s football methodology. Barcelona legend Iniesta teaches you how to find space, take on defenders, and of course how to keep possession of the ball and trick defenders. One of his favorite moves of course is: La Croqueta.

Iniesta is a soccer player with impeccable ball control, a player who always wants the ball. And someone who makes his own time and space and has both the vision and the range of passing to create game changing opportunities. Of course what stands out about Iniesta is how he does it with such ease.

He’s one of the smoothest soccer players to ever play the game. I don’t know if I’ve ever seen him lose possession of the ball! It’s like Iniesta was born with a set of Coerver soccer skills in his brain already.

Countless football players over the years have spoken of the honor of sharing a changing room with Andrés Iniesta. Not only for the magic he produces during games across the continent, but also for the quality he demonstrates on the training field.

The FC Barcelona captain’s talent is not just saved for the big stage, but in preparatory sessions at Ciutat Esportiva. Enjoy the video where Iniesta shows off his football skills in training. What’s the old adage. Perfect practice leads to perfect performance. Or, really, just practice like you want to play in the games. 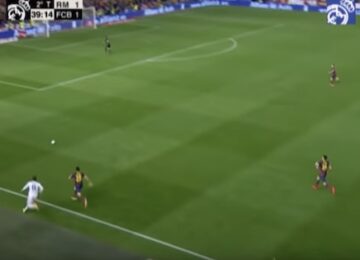 Posted by John Webster - April 1, 2020 0
The Gareth Bale goal versus Barcelona: If there’s one thing that Gareth Bale will be remembered for during his time…

Posted by admin - March 2, 2019 0
Christian Pulisic, the Dortmund attacking midfielder and U.S. national team star, wears the the Nike Mercurial Vapor soccer cleats, and has been… 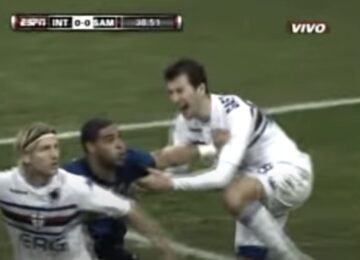 Posted by admin - June 25, 2019 0
Watch Inter Milan’s Adriano punch Gastaldello in the stomach on a corner kick play. After hearing about this I was…

How Many of You Would Like to Take an Ice Bath with Alex Morgan?