Real Madrid’s Benzema is clearly underrated. Just watch his backheel pass if you need more proof. Sometimes the pass is better than the goal. Yes, that’s often the case. Benzema pass is eyes in the back of his head type stuff. I do feel a bit bad for the Espanyol defender, getting beat so badly, legs open so wide for the nutmeg. He should have known what was coming.

Karim Benzema does his best Guti impersonation and pulls off a sublime backheel nutmeg pass to Casemiro for the goal. Not quite the heel of God level of Guti but close. While Real Madrid have lost Cristiano Ronaldo they’ve gained a surging Benzema. And while the Guti heel pass is the very top, and Benzema’s is quite good, this Ibrahimovic heel pass when he played at Barcelona ain’t bad either. 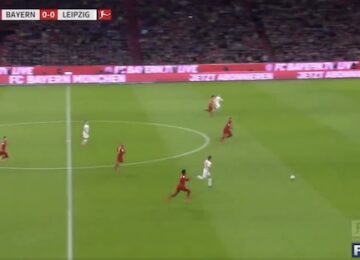 Posted by John Webster - February 9, 2020 0
What do they say, speed kills. As in nothing like speed to cover up any weaknesses or make a player…

Posted by admin - June 26, 2019 0
She’s a class player who could play on most men’s teams. She doesn’t make mistakes and plays smart soccer.…

Posted by admin - June 25, 2019 0
Xabi Alonso and Nagore Xabi recently missed out on the Champions League match with Inter Milan since his girlfriend was…

What Soccer Shoes Does Henry Wear?