Impressive to say the least to see Alex Morgan, who is six months pregnant, still training and working on her game. Watch Morgan control and strike the soccer ball perfectly in the video below. Morgan bends the ball into the upper corner with her left and then her right foot. Morgan has said she wants to play in the Olympics this summer, which would be just after she gives birth.

This type of soccer training work seems like a pregnant Carli Lloyd would do rather than Alex Morgan. Interestingly enough, with Morgan potential sidelined while having a baby, if she doesn’t return after the birth of her baby right away, it give Lloyd an opportunity to be the featured forward in the United States women’s side for the Olympics.

See the Alex Morgan soccer workout when she’s not pregnant.

Soccer starts at home as has been famously said. As in parents working at home with their kids with the soccer ball, getting kids comfortable with the ball at their feet. How early though. Is the youngster Alex Morgan is going to have in three months already learning something about soccer? Maybe it’s now soccer starts in the womb. 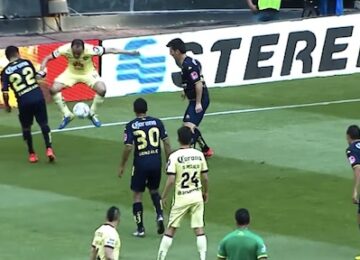 Posted by admin - June 26, 2019 0
The new signing for the Chicago Fire, the fiery and supremely talented Blanco comes to the MLS and hopefully we’ll…

Posted by admin - June 26, 2019 0
Watch Lionel Messi humiliate Royston Drenthe in the video below. Don’t feel too bad Mr. Drenthe, Messi does it to… 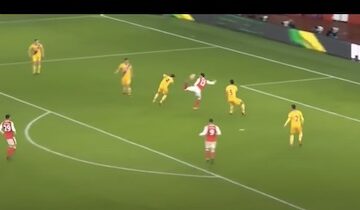 Posted by John Webster - April 12, 2020 0
Remember the Olivier Giroud scorpion kick goal? And what a goal this was not just for Giroud but for the…