Towards the end of the game, with Inter Milan trying to kill the game off, Motta plays a simple ball to Balotelli, who escapes pressure and is chased down by Totti and two other Roma teammates. But it seems like all along Totti’s idea was to kick Mario Balotelli has hard as he could from behind. Rightly so, Totti is given a straight red card for this brutal kick from behind. Really, you could see Totti receive a long term ban for something like this. Totti is an exceptional player, there’s no doubt, who scores amazing volleys like this one, but this kicking out on Balotelli really taints is reputation as a world class football player.

Posted by admin - June 26, 2019 0
Head Coach: Steve Nicol Team site: http://www.revolutionsoccer.net/ About: The concept of bringing a professional soccer team to Massachusetts was a natural idea…

Posted by admin - June 26, 2019 0
Mexico’s Ricardo Osorio gifts Higuain the ball in front of goal and he’s one versus one with the keeper, but…

Posted by admin - June 26, 2019 0
Country: Holland Club: Manchester United, Real Madrid Trophies: History: For the Netherlands, van Nistelrooy has a return of more than a… 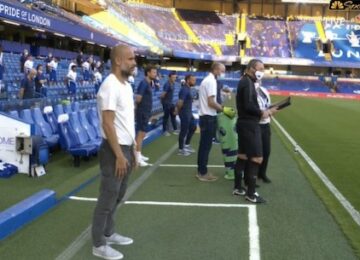 Posted by admin - June 26, 2019 0
Can you think back to a soccer game when you were totally in the zone? – Everything came effortlessly and…