From Jurgen Klopp’s first game in charge nearly three years ago, it was obvious his Liverpool would be about energy, pressing and quick attacking. Now, he appears close to perfecting his approach. Improvements in defensive personnel mean Liverpool can play a high line with few problems; strength in depth has allowed the midfielders to become more energetic; and up front there’s Europe’s most cohesive front trio of Roberto Firmino, Mohamed Salah and Sadio Mane. ESPN

Posted by admin - June 26, 2019 0
This is pretty funny, watch the look Gary Neville gives Peter Schmeichel when he tries to shake his hand in… 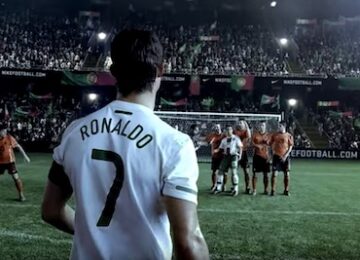 Ways to Get Into the Soccer Game

Posted by admin - June 26, 2019 0
Everyone has those soccer games where they’re struggling or things just don’t seem to be going right. You’re just not…

Andy Carroll Blasts the Ball at the Referee

Posted by admin - June 25, 2019 0
Andy Carroll Blasts the Ball at the Referee Oops, England’s Andy Carroll smashes or I should say blasts the ball…