What was Darwin Quintero sniffing before he came on? I don’t think any other soccer / football league in the world uses smelling salt prior to games as much as the MLS. I could be wrong though. I know I’ve seen Samuel Eto’o do some sniffing prior to a Chelsea game – it was cold for him player in the English Premier league. He needed a little pick me up or warming up. Anyone have some data on this? Or have the soccer analytics departments analyzed this yet?

As in, how do soccer / football players or teams do when they use smelling salt before games and when they don’t. Has smelling salt sniffing prior to soccer games been Money Ball-ed out yet? I think Messi and Suarez score goals for Barcelona by just drinking mate before games. Actually, I think Suarez drinks herba mate constantly. But smelling salt sniffing seems to be a popular trend in Major League Soccer. What brand do they use? Might be a potential sponsorship deal there….instead of the Target logo on Minnesota United’s jersey it could be a smelling salt brand. Who is the coach or trainer on MLS teams who has the job of supplying the smelling salt? Who’s the dealer?

What are smelling salts exactly? Smelling salts are ammonia carbonate in a small packet, normally used to revive someone, say if they faint or have a concussion. The strong odor sends sort of a shock to the brain to wake you up with a burst of adrenaline.

Landon Donovan was one of the most famous smelling salt users – addicts, well that’s probably the wrong word but you get the idea. There’s nothing wrong with using smelling salt before games or even after half-time, it’s just that I don’t see its use as much in Europe or other leagues. Here’s a wonderful display of a pre-entering the filed use of smelling salt by Minnesota United forward Darwin Quintero when he enters the game as a substitute. Maybe this is something common in South American soccer leagues, Quintero is from Colombia. Quintero didn’t end up scoring and Minnesota United FC lost the game….I just hope we don’t see under-10 teams start using smelling salt before their youth soccer games. You know.

As I’ve mentioned before, smelling salt sniffing should be part of EA Sports FIFA soccer video games. If your player is coming into the game or gets tackle hard or hit in the head, maybe you can earn a smelling salt sniff somehow.

If you watch the MLS playoffs look for players getting a sniff before the start of the game.

Quintero did get an assist though when he came on. I guess he should have started the game. Jan Gregus scores the lone goal for MNUFC as they fall in the first playoff game at Allianz Field. Goal comes late in the game and towards the end of the video below.

At least nobody in the MLS has done a line sniffing celebration like Liverpool’s Robbie Fowler did some time ago. 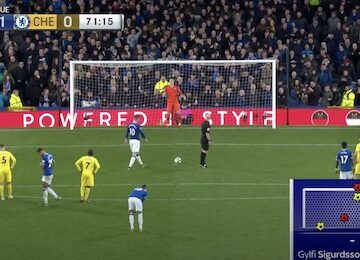 Posted by admin - May 21, 2019 0
Follow your shots after you shoot: You never know when the keeper is going to drop the soccer ball or…

Posted by admin - June 25, 2019 0
Andrei Arshavin: Euro’s Wonder The Russians are coming With the end of the cold war and break up of the… 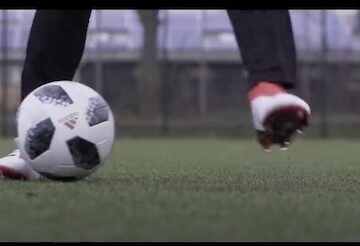 Posted by John Webster - June 15, 2020 0
Learn 50 Soccer Game Skills to escape pressure and beat your defender. In this video we teach you guys 50…

Posted by admin - June 26, 2019 0
Carlos Tevez Offsides Versus Mexico Again, the referee and linesman fail to make the correct call. What with the problems…